Home / Things To Do / Pokemon Go In Lake George

Catch 'Em All With This Lake George Pokemon Go Guide!

People have been catching Pokemon on their Game Boys since the late 1990s. Now that Pokemon Go has been released, anyone with an Android or iOS mobile device can step outside and find Pokemon in the real world! From the variety of hidden Pokemon to the large number of Pokestops (real world locations), there's a lot to keep track of for such a simple game.

To help you out, we've taken a walk around one of the North Country's best spots to play Pokemon Go - Lake George Village - and created a comprehensive guide to the local Pokestops and Gyms. Take a look and plan your next Pokemon Go adventure now! 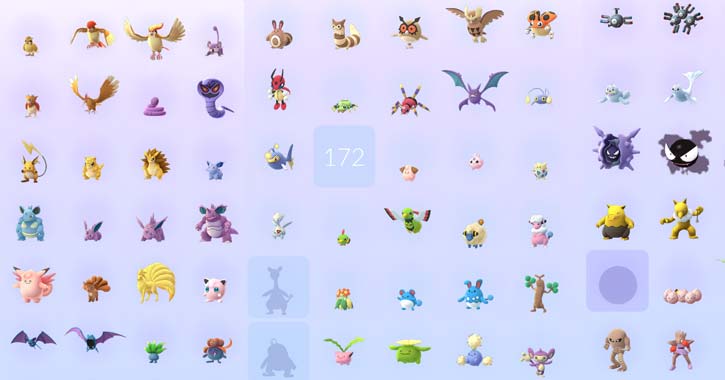 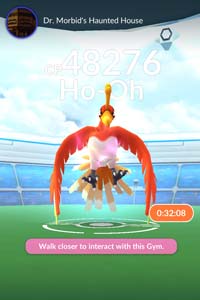 1. Minnie Ha Ha - You can challenge the Gym at the Minnie Ha Ha's dock, and then enjoy a leisurely trip on one of the Lake George Steamboat Company's three cruise ships. When you return, don't forget to check on the Gym again.

2. Adirondack Ballooning Stone - This Gym is a short distance away from the Minne Ha Ha Gym on Beach Road.

3. Shepard Park Entrance - The entrance to Shepard Park is a Gym, so it's easy enough to challenge it (and hopefully win), and then check on the Gym's status while you get a bite to eat. Both Giuseppe's Pizzeria and Pablo's Burrito Cantina are close enough to keep an eye on the Gym.

4. Lake House - Walk down past Shepard Park to the waterfront, and you will reach this Lake House Gym.

6. Lake George Historic Sign - You will find this Gym at the end of Beach Road near the Lake George Visitor Center.

7. Cannons - If you head in the direction of Adirondack Pub & Brewery, this Gym at the Cannons will be in sight.

8. Radeau Warship - This Gym is located at the far end of Million Dollar Beach.

11. Battle of Lake George - Across from the Winifred S. La Rose Memorial in Battlefield Park is another Gym at this monument. 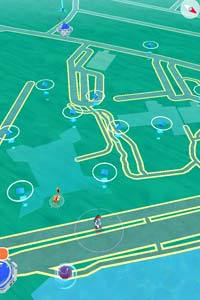 In addition, near the entrance of the fort are three more Pokestops: A Common Stone, Memorial Cemetery, and Fort William Henry, Lake George.

3. Towers Hall - Close to the road in front of the Fort William Henry Resort is a Pokestop at the Towers Hall sign.

4. Come And Take It Cannon - This historic Cannon Pokestop is located near the Towers Hall sign by the Fort William Henry Resort.

8. Ethan Allen Memorial - Take a walk around the Lake George Historical Association, and you will get to this Pokestop near the docks.

9. Caldwell-Lake George Library - Across the street from the Courtyard Marriott, there is a Pokestop at the library.

10. Montcalm's Camp - Go north past the Courtyard Marriott on Canada Street, and you will reach this Pokestop.

14. Lake George Visitor Center - At the intersection of Beach Road and Canada Street, there's a Pokestop at the local Visitor Center.

20. Lake George Swim Plaque - Take a walk along the pier from Shepard Park to the Lake George Steamboat Company, and you'll find this Pokestop.

21. Lake George Beach - The main entrance to the facilities at Million Dollar Beach is a Pokestop. Stock up on items before you go swimming. 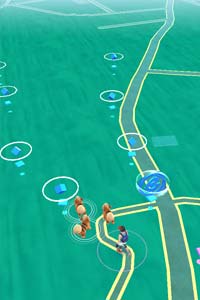 Did you know there are a lot of Pokestops in and around Lake George's historic Battlefield Park? See if you can find them all, and learn a little bit about the village's history along the way.

Find more things to do in Lake George »