Plan Lake George Fun On LakeGeorge.com!
Find a Business Enter Giveaways Advertise
Home  »  Uncategorized  »  Sieging Fort William Henry #TBT
In 1492 Columbus sailed the ocean blue. In 1776 The Declaration of Independence was signed. If my math is correct, there is over 275 years between these events. Unfortunately, those 275 years are essentially the “middle child” of Colonial United States history: it doesn’t have nearly as many pictures posted on the fridge and all the relatives forget its birthday.
So today, I’m going to write about that history. Today, we will remember a siege that put Lake George, NY in 2 pages of my 8th grade Social Studies book and the basis for James Fennimore Cooper’s Last of the Mohicans: The Siege of Fort William Henry. 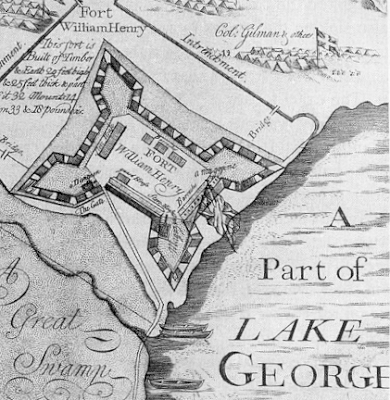 Fort William Henry was once a fully-functioning military instillation. It wasn’t just that place across the street from the Minne-Ha-Ha, or the convention center where my dad had his 20-year high school reunion at. I don’t know how to put this, but Fort William Henry was kind of a big deal.
The original fort was built by the British as a military instillation in 1755 for the purpose of launching a military campaign against the French, who were stationed to the north on Lake Champlain. This period was also known as The French and Indian War, or as most people know it, That War Before the Revolutionary War.
The British occupied the fort without contest until August of 1757 when the French got sick of the Brit’s shenanigans and launched a siege on the fort. The French had roughly three times as many men and were able to force the British to surrender in only 5 days time. Not even Daniel Day Lewis wielding an axe and dressed in deer-hide was able to fend off the French assault (is 20 years too long ago for a movie reference?) 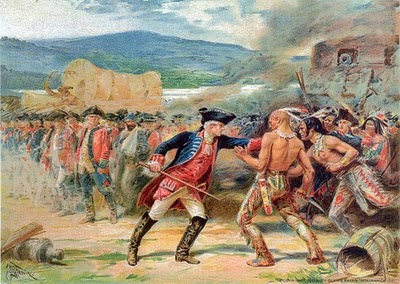 After this decisive victory the French probably felt a lot like Nickelback did when they found out Creed had broken up: the uncontested rulers of the world. But, just like the high school reunions held at Fort William Henry today, a few of the people got a bit too rambunctious and did some regrettable things.

For around 200 years the Fort was left in ruin. But like most historic sites, a group of people eventually realized that they could make some money off of the place and decided to reconstruct the Fort to what we know today. The Fort isn’t the exact same obviously, but it’s a great re-creation… and now you won’t get smallpox when you hangout there.

***BREAKING NEWS*** NEW TRANSACTIONS DISCOVERED BETWEEN THE FRENCH AND THE BRITISH THAT LED TO THE ATTACK ON FORT WILLIAM HENRY IN 1757. SEE IT HERE: 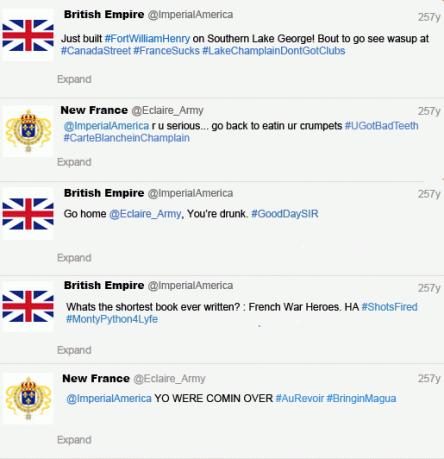 ***Let it be noted I am not sure of the legitimacy of these transactions.