Have you seen the gorgeous and giant sculpture of Lt. Col. Robert Rogers and five Native Americans yet? Be sure to look for it next time you’re in the village of Lake George, because it’s even more beautiful in person!

The life-size sculpture can be found on the walkway in front of Fort William Henry on Beach Road. Roughly $100,000 went into this historic piece of art, created by Oregon artist Paul Stark. The piece is intended to showcase the Indians and trappers who lived in Lake George during the French and Indian War; the French and Indian War Society advised on the project. 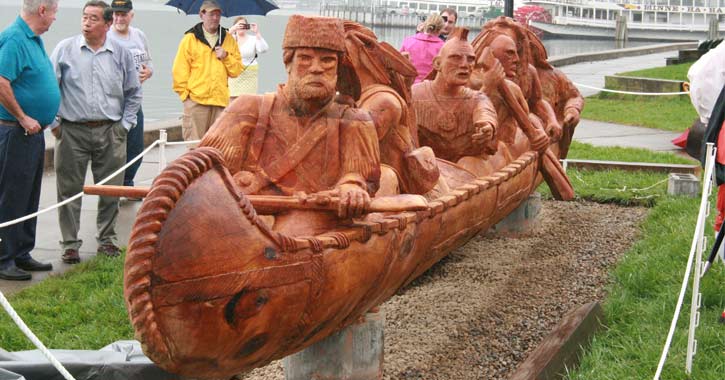 While Lake George is known as a year-round hot spot with its pristine lake, prime outdoor recreational opportunities, and so much more, the Village and others felt that we needed to better highlight Lake George’s significant role in local history.

With this striking sculpture, hopefully residents and visitors will be feel inspired to get tuned in to the history behind this great area with the Battle of Lake George and the Fort William Henry Massacre.