In 1903 the Society of Colonial Wars erected this monument to commemorate the victory of the Colonial forces under General William Johnson, and their Mohawk allies under Chief Hendrick, over the French regulars commanded by Baron Dieskau along with their Canadian and Indian allies.

Defeat would have opened the road to Albany to the French. Confidence inspired by this victory was of inestimable value to the American Army in the War of the Revolution. 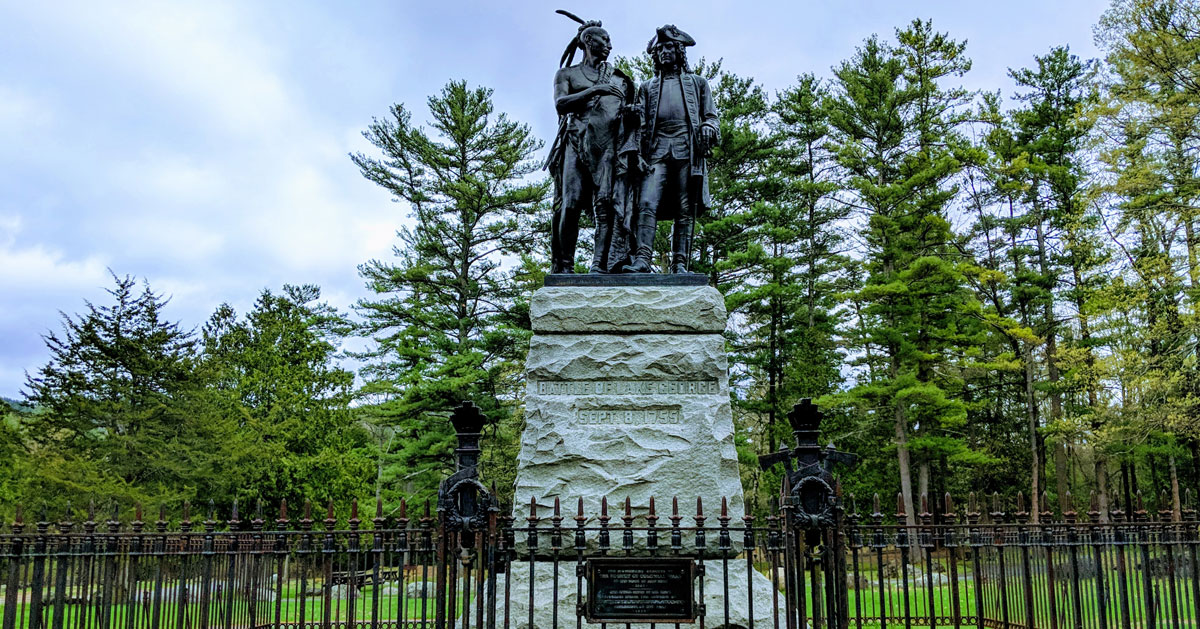 This 13-foot high monument is located in Lake George Battlefield Park, a facility operated by the New York Department of Environmental Conservation. The monument reportedly stands near where provincial General William Johnson's command tent was located. 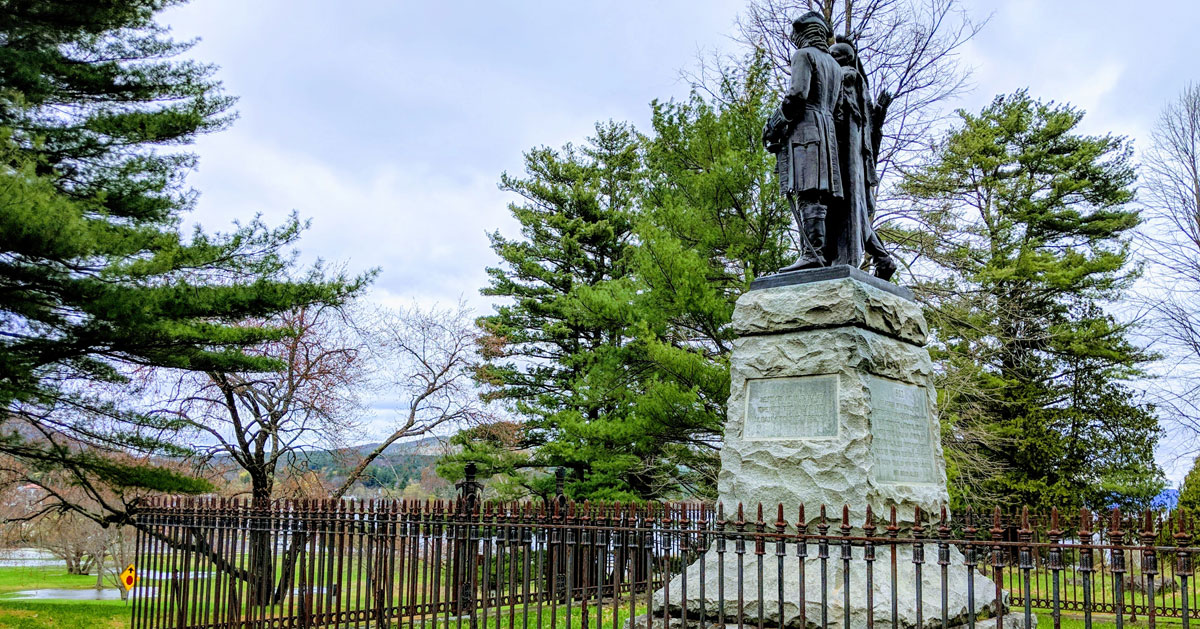