Cast Your Vote for the 2021 Best Of Lake George 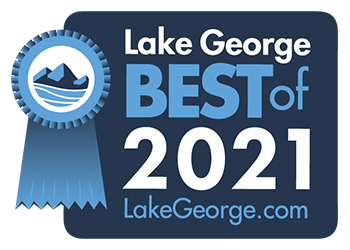 Voting for the 2021 Best Of Lake George is now open!

Have a favorite place to stay, eat, or play in Lake George? Cast your votes for the Best of Lake George, and make your voice heard!

Surveys close at 11:59pm on May 9, and the businesses and attractions with the most votes will be declared the "Best of Lake George." Vote today in as few or as many categories as you want. Write-in votes are accepted for all categories, and will be added to the list of options when three or more write-ins are received.

The Best of Lake George survey is sponsored by LakeGeorge.com.

NOTE: Each survey allows you to vote once. When compiling the final vote, log files will be used to discard duplicative votes. When you click "Done" after completing a survey, you will be automatically brought back to this page so you can cast votes in other categories.

Want to vote for businesses in other regions? Check out the Best of the Adirondacks, Glens Falls Region's Best, and Saratoga's Fab Five.