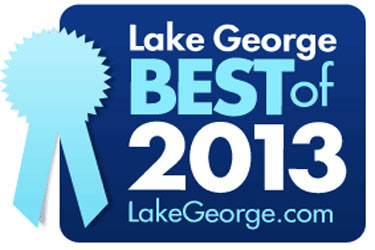 Each year, Lake George locals and tourists alike give their inside advice on the best restaurants, hotels, attractions and more in the Lake George region. The venues that receive the most votes are declared the "BEST OF LAKE GEORGE" for the year.

Browse the categories below to see which Lake George area venues and attractions were voted the best for 2013!