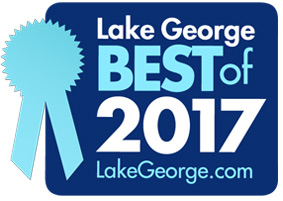 Each year, Lake George lovers cast their votes for the best restaurants, hotels, attractions and more in the Lake George region. The businesses and attractions that receive the most votes are declared the "BEST OF LAKE GEORGE" in the following categories:

Lodging | Dining | Things To Do