This bronze statue commemorates the life of Father Isaac Jogues, a French missionary born in 1609, in Orleans, France, the birthplace of Joan of Arc. He was captured by the Mohawks in 1642, and tortured when several of his fingers were gnawed off by his captors. 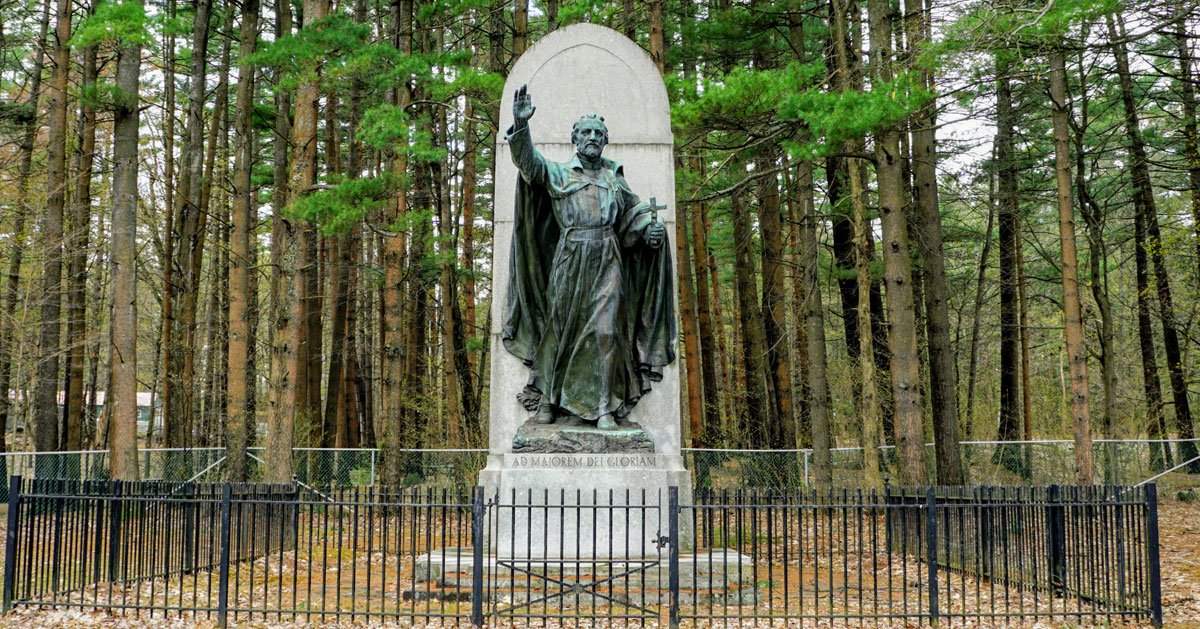 He eventually escaped and returned to France. Jogues then came back to New France (Canada) and departed south into New York, where he was again captured by Mohawks, then tortured and killed when they blamed him for their crop failure.

Jogues named the lake, Lac Du Saint-Sacrament (Lake of the Saint Sacrament), when he saw the lake, probably in 1646. The lake was renamed Lake George in 1755, by General William Johnson, in honor of King George II, the reigning British monarch. 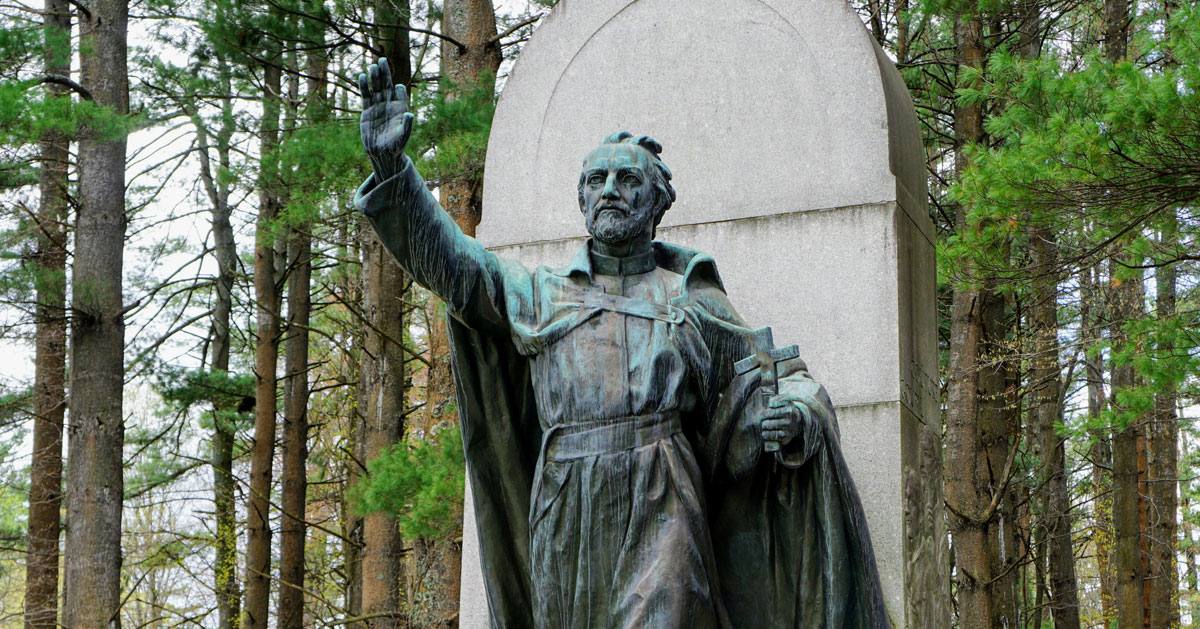 In 1930, Jogues was canonized a saint by the Roman Catholic Church. This monument was erected by the State of New York in July 1939. "Ad Majorem Del Gloriam" engraved below the statue means "to the greater glory of God."