In the early part of the American Revolution on May 10, 1775, Ethan Allen and his Green Mountain Boys captured Fort Ticonderoga from the British. In late 1775, General Washington sent Henry Knox to Ticonderoga to bring 59 pieces of artillery, weighing over 119,000 pounds, to break the British hold on Boston.

Knox used 82 sleds and teams of oxen to travel 300 miles in 40 days from Ticonderoga to Boston. This is considered one of the great feats of the Revolution. 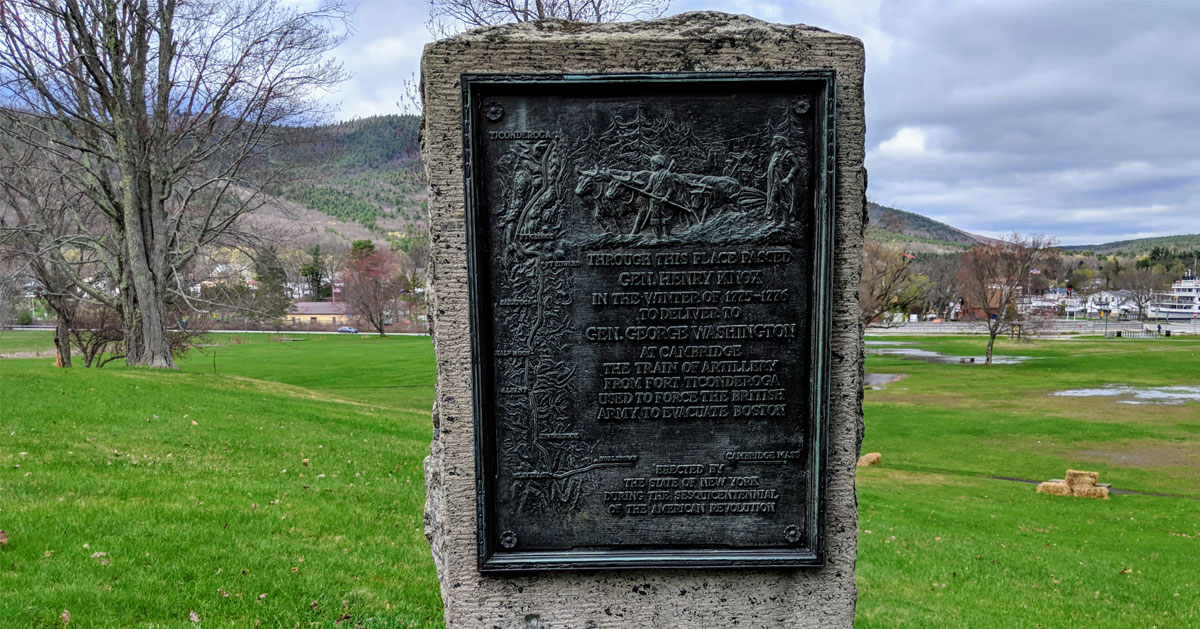 Through this place passed General Henry Knox in the winter of 1775 to 1776 to deliver to General George Washington at Cambridge the train of artillery from Fort Ticonderoga used to force the British Army to evacuate Boston.

The monument was erected by the State of New York during the sesquicentennial of the American Revolution.