In June of 1776, after evacuating from Canada, the American army was ravaged by smallpox and other infectious diseases. In order to prevent the further spread of sickness, a "General Hospital" was established in Lake George. 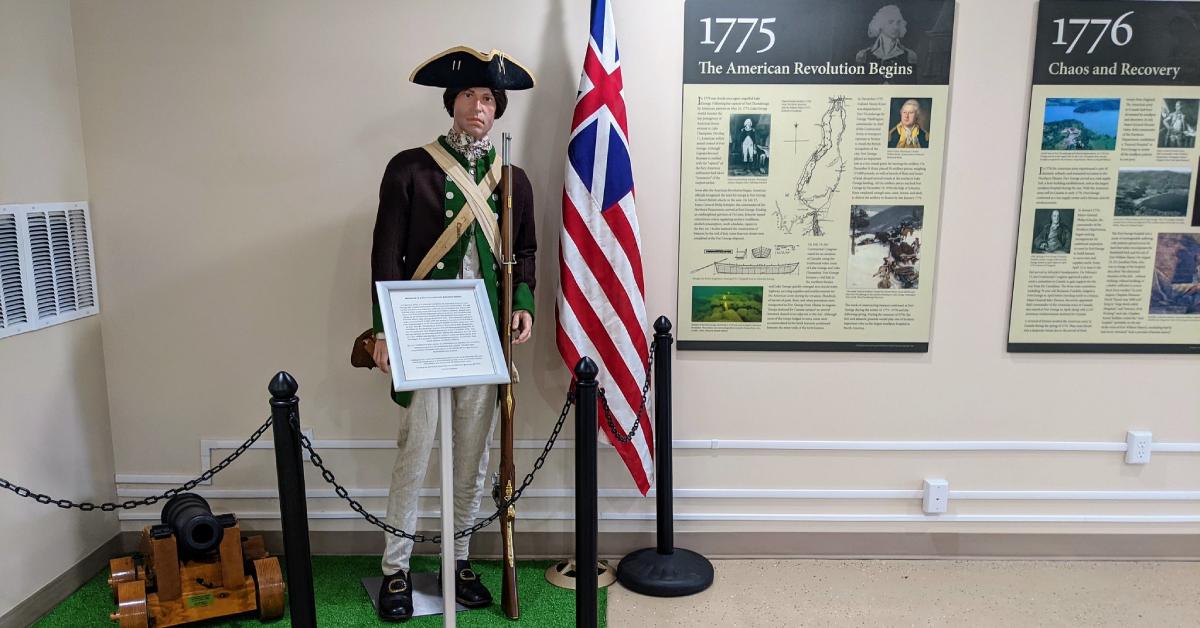 This mannequin, located in the Visitors Interpretive Center, represents a soldier who died of smallpox

At its peak, near the beginning of August, the hospital housed between 2,000-3,000 patients. There were not enough beds and not enough clothing for the soldiers, and the shelter the hospital provided was insufficient to protect them from the elements. Between 20-30 soldiers died every day.

By mid-September, the crisis was largely over, but it left a significant mark on the area. In just five weeks, the smallpox epidemic of 1776 claimed over 300 soldiers, most of whom were entombed nearby in what Dr. Lewis Beebe called, "the burying place," which was no more than a mass grave for smallpox victims.