When Adirondack Winery opened its doors in 2008 as the first and only winery in Warren County, owners Sasha and Mike Pardy could only dream of the tremendous support they would receive from customers, employees, friends, family, and businesses who supported and embraced their vision of a winery and tasting room in Lake George. Today, the Pardys are ready to commemorate ten years of business with a whole weekend chock-full of exciting events — and you’re invited! 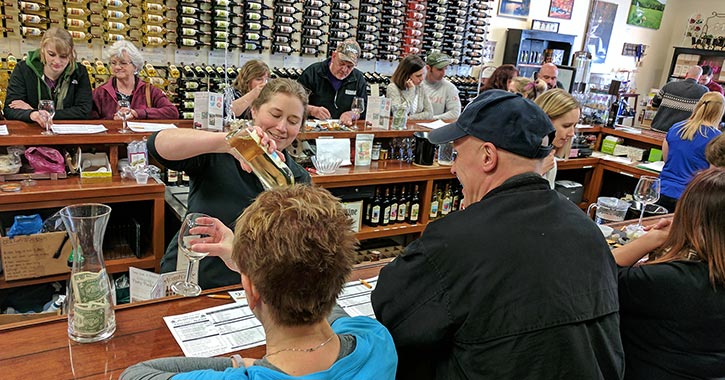 The winery has come far over the years: producing award-winning wines, expanding their Lake George tasting room and moving the winery off-site, adding a second tasting room in Bolton Landing, employing a staff of 40 people, and so much more. Join them and the rest of the Lake George community as they raise their glasses to ten amazing years in business.

There are several ways to join in the celebration with Adirondack Winery! Here’s what’s going on: 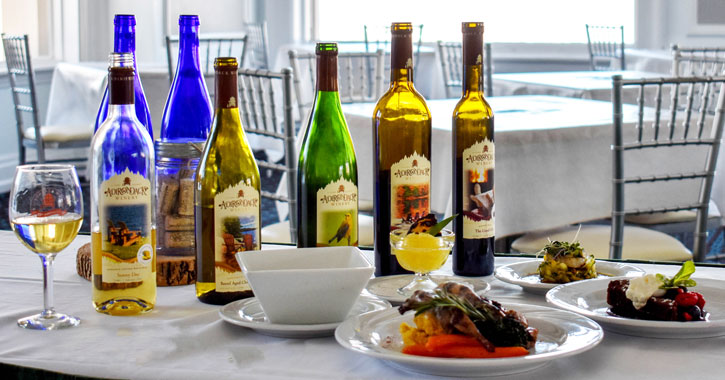 The Adirondack Winery 10th Anniversary Dinner is undoubtedly the centerpiece of the weekend’s festivities – this is more than just a typical dinner party! Guests will get to experience five exceptional dishes, each of which will be expertly paired with an Adirondack Winery wine.

The chef, wine maker, and winery staff will personally introduce each of the five courses and share the inspiration and planning that went into each dish and pairing. The pairing of wine and food is a fascinating and complex process, and you can get an inside look at the details behind these delicious dishes and the wines that compliment them.

In addition, guests can expect games and prizes going on throughout the evening; an exclusive sampling of a brand new, limited edition wine; and more, including an after party hosted by Fort William Henry.

Cheers to the Years at the Tasting Rooms: April 13th through the 15th 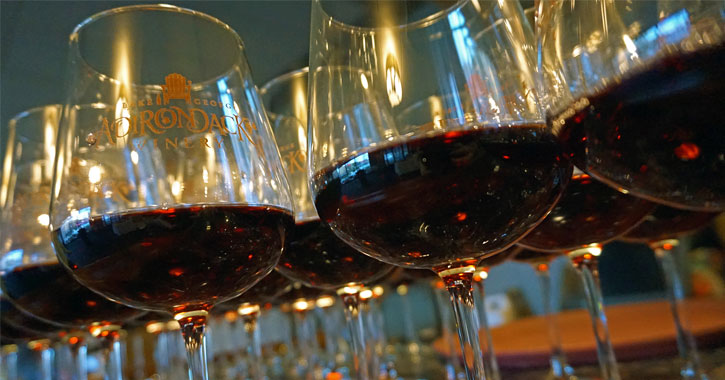 In honor of Adirondack Winery’s 10th anniversary the owners are offering 10 incredible ways to “Cheers to the Years:” A 10th Anniversary Wine Tasting Package for two, various prizes throughout the weekend, a raffle of a basket filled with Adirondack Winery wine and artisanal foods, a destination Lake George-themed raffle, exciting games (Jenga, Cork-it, wine trivia, and more), an exclusive sampling of a newly released and limited edition wine, mulled and chilled wine cocktails, 10th anniversary discounts all weekend long, a 10th anniversary souvenir glass, and a 10th anniversary-themed photo frame you and your friends can take pictures with. Wow! 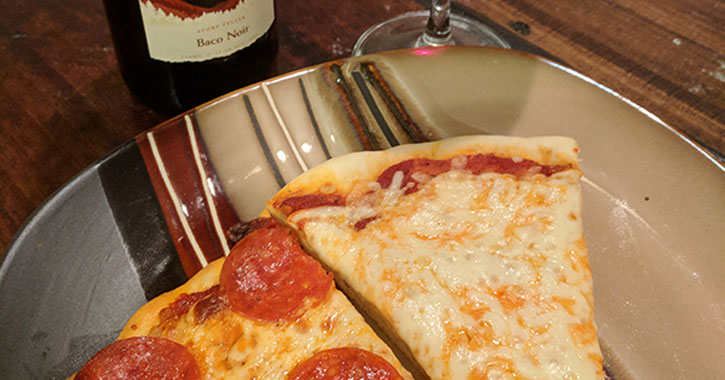 Have you ever thought wine might pair better with pizza than beer does? Find out just how great that combination can be with the Pizza & Wine Reception at Fort William Henry, the kick off event to the weekend-long celebrations! You’ll get to choose from three uniquely-crafted pizza options along with Adirondack wine pairings. 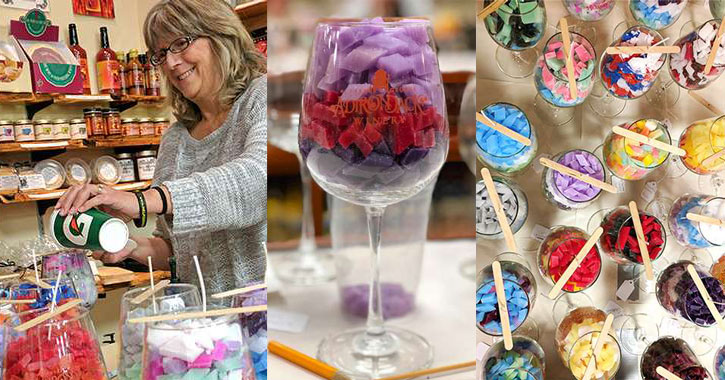 This event really lets you tap into your creative side! How does wine, snacks, and crafts sound? You can do it all at “Cheers to the Years” Uncork & Craft. Happening at the Bolton Landing tasting room, guests will sip on a wine tasting flight while enjoying some light fare and making special 10th Anniversary wine glass candles.

Instructors will be on hand from Wax n’ Wix to guide you through making your own pair of wine glass candles. You get to pick the colors, arrange a pattern, and choose your scent for two candles you can take home with you.

Space is limited for this one, so be sure to reserve your spot today! Tickets are just $35 and include the wine tasting flight, food, supplies, and instruction.

“Cheers to the Years” After Party: April 14th 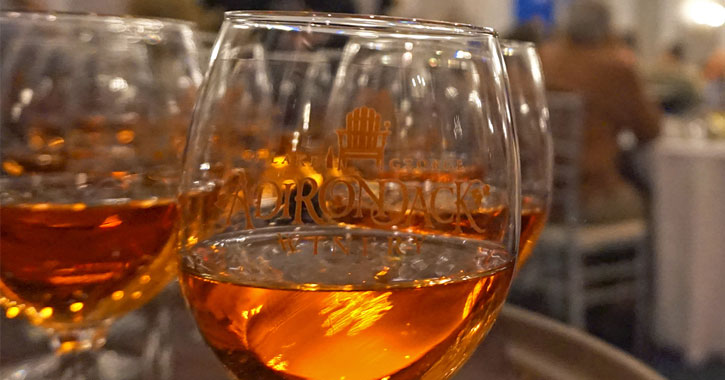 The fun doesn’t have to end after the big anniversary dinner! Keep the party going at the After Party at the Tankard Tavern in Fort William Henry. Dance the night away with music provided by local DJ Duane Bullard of Mobile Sound Unlimited. This will be a full celebration of great music, great people, and great drinks. 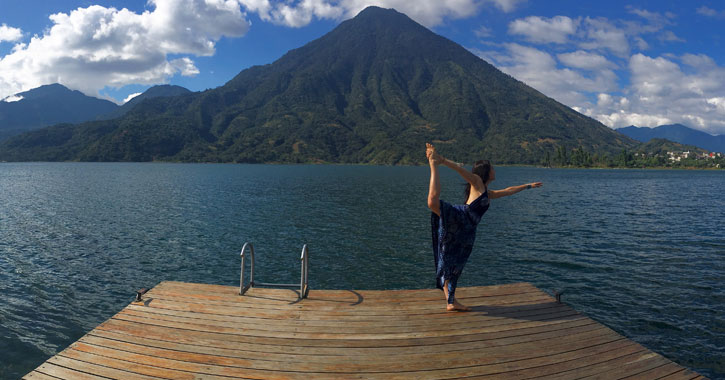 Enjoy a refreshing breakfast cocktail after an energizing yoga session with “Unwined” Yoga, happening on the lawn at Fort William Henry. Whether you’re a beginner or an experienced yogi, all levels are welcome to join in this fun session with local yoga instructor Nicole Woodcock.

Just imagine practicing yoga with the beautiful backdrop of Lake George – it’s relaxing to even just think about! Breakfast cocktails will be enjoyed following the session to round out a perfect morning. 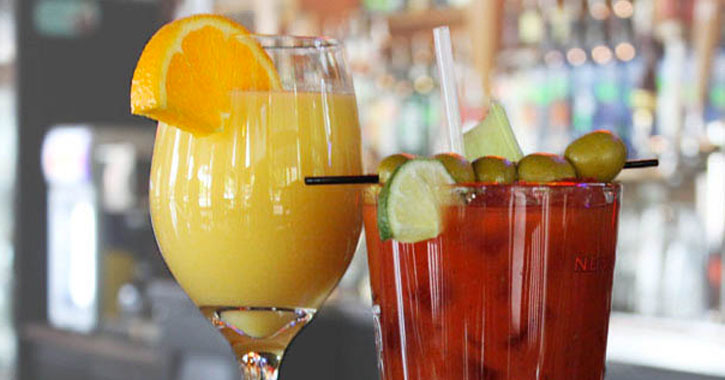 Kick breakfast up a notch with the final weekend celebration: a Wine-Infused Breakfast Buffet at Fort William Henry. There will be three wine-infused breakfast options to choose from, along with two exquisite breakfast wine cocktails.

An Incredible 10 Years in Business 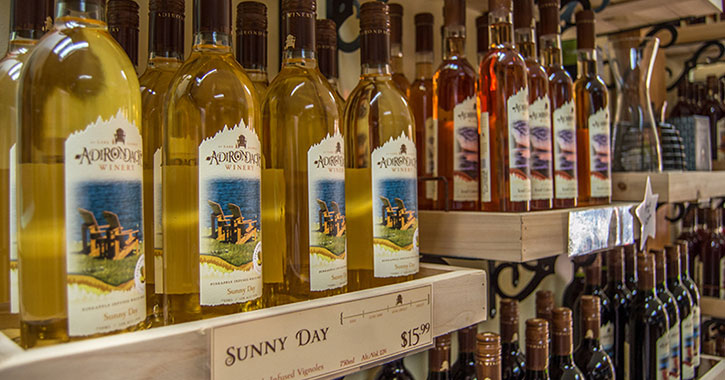 When Adirondack Winery opened its doors in Lake George on April 17, 2008 it was the only winery in Warren County – and it still is. That first year, owners Sasha and Mike Pardy worked with three part-time employees to produce 1,000 cases of wine. Now, the winery employs about 40 people during peak season, produces approximately 17,000 cases of wine a year, and has come so far in so many other ways.

Adirondack Winery has made a number of improvements and enhancements over the years as they continue to flourish and grow their brand. In 2011, the Lake George tasting room was renovated and expanded as their wine-making production was moved offsite to Queensbury. A second tasting room opened in Bolton Landing in 2017.

The winery underwent significant rebranding in 2014 with a new logo, wine labels, and a website. The new look better matches their famous fruit-infused wines that Adirondack Winery has come to be known for.

Over the past decade the winery has received a number of incredibly impressive awards, including over 180 medals at International Wine Competitions. For several years in a row Adirondack Winery has been voted by locals to be the #1 Best Place for Wine, #1 Indoor Attraction, and #1 Gift Shop at LakeGeorge.com’s annual “Best Of” Survey.

The winery has actively worked to create exciting events over the years, with Wine 101 classes, Uncork & Craft workshops, and much more, including their Drink Pink effort that raised $6,o00 for Making Strides Against Breast Cancer of the Adirondacks in 2017.

Adirondack Winery makes many more efforts to give back to the community in addition to Drink Pink, such as with their special edition wine labels with a portion of proceeds from each bottle sale going towards organizations like Double H Ranch, LARAC, and others.

Join Adirondack Winery as they commemorate ten wonderful years being such a prominent part of the Lake George community through their several exciting events going on!