Sometimes the cards fall in just the right place and that’s certainly the case for Caffé Vero. The restaurant first opened in a small storefront in Lake George Village in 2006 before moving to 1 Canada Street three years ago. They lease that space from John Carr, founder of Adirondack Pub & Brewery, but the lease is due to expire at the end of the year. The owners at Caffé Vero were deciding between renewing the lease or purchasing a building when the right opportunity arrived. 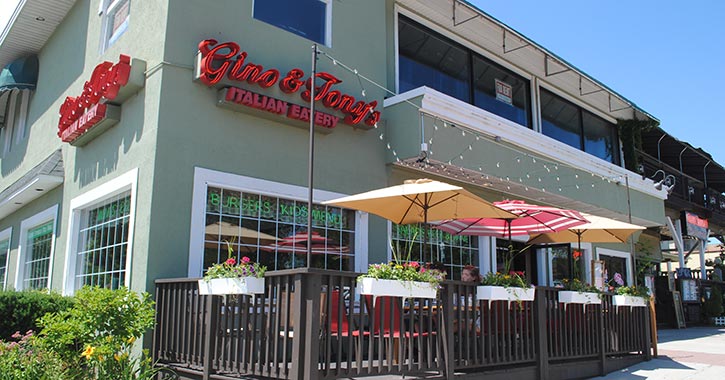 Last week, Caffé Vero announced the purchase of the former home of Gino & Tony’s at 253 Canada Street. The two-story, 13,600 square foot building gives Caffé Vero a lot more space to work with. They will have an expanded patio for outdoor dining in the summer. The second floor will house Villa Vero Banquet Rooms, an event and catering space that is a joint venture with local catering company, Rainer’s. The official move-in date is scheduled for sometime in January.

Gino and Tony’s owners, the Chiaravalle family, made the move possible. Since they held the building’s mortgage, the sale was able to move quickly and fit Caffé Vero’s timeline. The family had operated Italian restaurants in the space since the 1970s. After closing Gino and Tony’s for the season, the family made the decision to sell the building.