The new Visitors Center in Bolton Landing and new the addition to the Bolton Historical Museum have been officially recognized for their contributions to the local community. The organizations behind these efforts recently received a prestigious award for their extraordinary work. 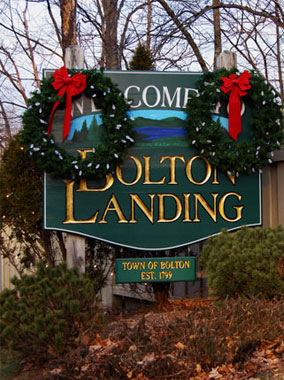 The Town of Bolton, the Bolton Landing Chamber of Commerce, and the Bolton Historical Museum have been awarded the Lakes to Locks Passage Annual Partnership Award. This award is presented to an organization or individual that has contributed significant natural, cultural, recreational, and historical resources to the community while fostering cooperation and communication.

Collaborations between the Bolton Landing organizations not only resulted in the creation of the Visitors Center and museum addition, but also included upgrades to Rogers Park; the three components were treated as a single, unified campus for the project.

The Visitors Center and the new addition to the museum opened to the public last year. They were the first municipal buildings constructed by the town within Bolton Landing since the 1980s.