Plan Lake George Fun On LakeGeorge.com!
Find a Business Enter Giveaways Advertise
Home  »  Fun Stuff  »  Freezin’ For A Reason: Why You Should Plunge Into Lake George On November 18th 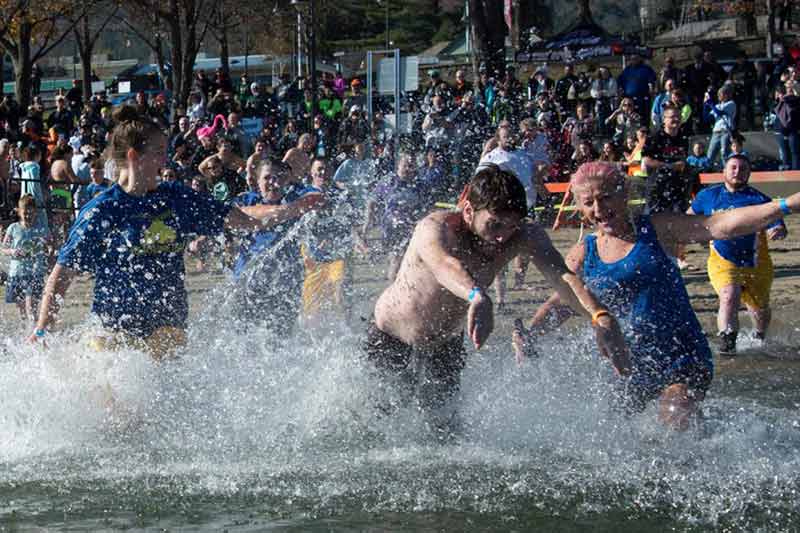 Every November for the last ten years, families, friends, coworkers, and community members have been plunging into cold water for a good cause. The Lake George Polar Plunge is a fundraising event for the Special Olympics. with a goal this year of reaching $100,000. Every dollar raised goes toward supporting athletes with intellectual disabilities in their quest for the glory in more than 30 Olympic-style individual and team sports.

Preparing and training an athlete to compete costs $400,  supported entirely by donations and fundraising events like the Polar Plunge. Competitions start at the local level, with the potential to advance to the Special Olympics World Games. For many of the athletes, competing in the Special Olympics isn’t just about going for the gold. It’s about building confidence, having a sense of independence, and making oftentimes lifelong friends. The events celebrate inclusivity and competitors range in age from as young as 8 to over 70. Events also draw spectators from all backgrounds who want to see the power of sports firsthand.

At the time of this writing, the Lake George Polar Plunge is just over halfway to their goal, with nearly $54,000 raised by teams and individual plungers.

Two teams consistently rise to the top when it comes to fundraising. This year, more than $23,000 has been raised by Bryce’s Bashers and Max’s Buddies combined, and we’re still a few weeks out from the event. We reached out to both teams to see how they became such successful fundraisers and to find out their “reason for freezin’”.

What started as a bucket list item for Lisa Jackoski in 2010 has grown into a family-favorite event over the last six years. As the team captain for Max’s Buddies, Lisa is in charge of recruiting new members and inspiring them to achieve impressive fundraising goals. 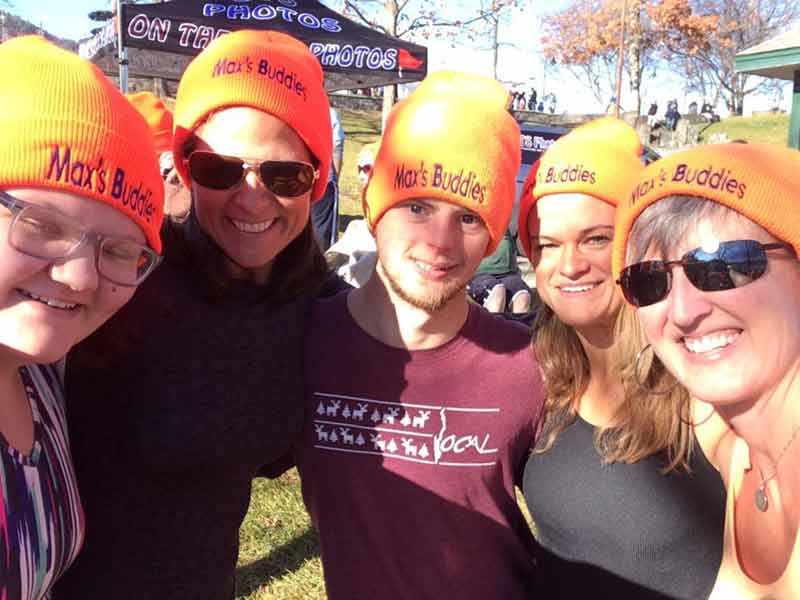 Max Jackoski is a bit of a local celebrity. He is a 2013 graduate of Lake George Junior-Senior High School and a Special Olympics athlete. Max is a track and field athlete who has competed on the local, regional, and state level for a number of years. His favorite events include running the 100-meter dash and running the third leg in the 4×100 meter relay.

Lisa shared some of the team’s secrets to being successful fundraisers and how she became one of the event’s biggest advocates.

Their Secret To Success

“Create traditions!” Lisa said. The team meets at the same picnic table every year, which Lisa’s husband reserves. He doesn’t plunge himself, but all forms of participation are encouraged, “Someone has to hold the towels!”, Lisa told us with a chuckle. Friends of the Jackoskis bring cider and snacks for the team to share.

Every member of Max’s Buddies that plunges into the water is also rewarded with the signature team hat: an orange beanie with “Max’s Buddies” embroidered in blue on the cuff.

“I get calls from team members all the time saying ‘I just saw someone I don’t even know wearing our hat!’” said Lisa. It goes to show how much the team has grown over the years.

Lisa said, “What I want, in short, is for all athletes to have the same opportunities. The challenge of sport teaches us so much. Needs or no needs we learn to include, acclimate, adjust, and compete in a healthy environment.”

Kim Reynolds never imagined herself as a successful philanthropist until she started plunging six years ago. For her team, Bryce’s Bashers, fundraising for the Lake George Polar Plunge is a year-round effort.

Kim’s son, Bryce, recently started competing in Special Olympics bowling and softball. She told us “Everyone who meets Bryce falls in love with him. He’s a total pip!” 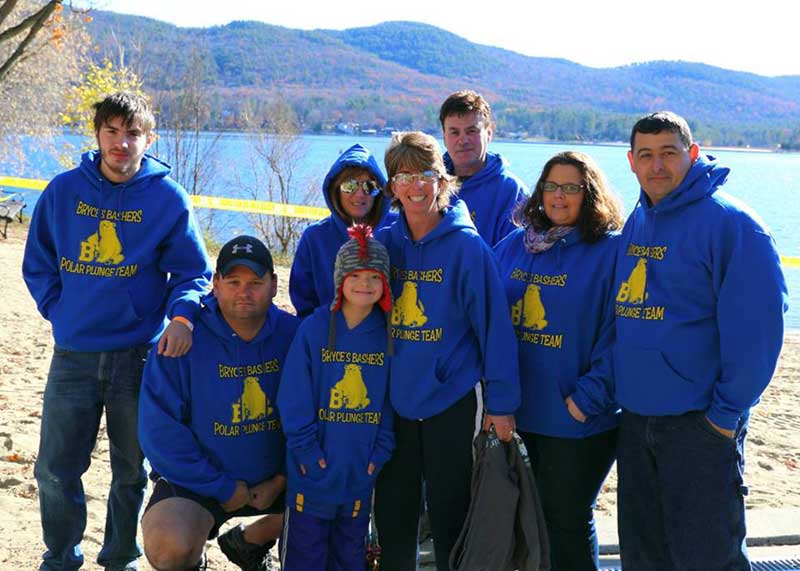 The Bryce’s Bashers Secret To Success

“Ask everyone! Even $5 from each of your friends adds up quickly,” Kim told us.

Early on, the Reynolds family started hosting a softball tournament in the summer to fundraise for the Polar Plunge. Since then, the tournament has grown into an annual community event. “The biggest draw is the raffles we put on during the games,” Kim explained, “We ask local businesses to donate things like gift cards as prizes.” A crowd favorite is the Barrel of Cheer, a wheelbarrow filled with donated bottles of liquor. Kim also puts together other fundraising events like 3-on-3 basketball and bowling throughout the year.

Bryce’s Bashers is another team steeped in tradition. Each year they pick a costume theme for the plunge, only to be revealed during the pre-plunge costume contest. Last year, they dressed up as the Flintstones family, car and all. They also have team sweatshirts made.

“It’s all for him”, Kim says, referring to Bryce. Special Olympics is a big part of their family’s lives. She wants to pay it forward so other athletes get the same opportunity to compete.

“To see the smiles on the athletes’ faces when they enter that stadium during the open ceremony, it’s just amazing.”

Kim ended with, “I love what I do and I can’t say enough about helping the athletes.”

How You Can Help The Lake George Polar Plunge

Get in on the fun by plunging into frigid Lake George at 12:00 pm on Saturday, November 18th. You can register as an individual, join an existing team, or create your own team. The only stipulation is meeting the minimum fundraising goal which is $100 for individuals and $1000 for teams. After you see this year’s incentives, you’ll definitely want to raise more than the minimum.

Read These Tips From Our Pros On Fundraising For The Event

Lisa and Kim are fundraising for the seventh year and have certainly become pros at getting donations. We asked them to share their tips to help new teams and individuals exceed their fundraising goals:

Sponsor a Team or Make a Donation

Sponsor one of the local teams highlighted here or any team of your choosing. You can also sponsor an individual participating in the plunge, or, make a direct donation to the event. Donations can be made online by visiting the 2017 Lake George Polar Plunge site.

Can’t stand the thought of jumping into cold water? You can still participate in the Polar Plunge! There are volunteer opportunities during the pre-party and at the event, plus, someone has to hold the towels. Spectators are welcome to come cheer on the participants.