Over the past few weeks, Upstate NY has become a major hotspot for filmmakers and film enthusiasts. James Franco was spotted shooting a film called “The Pretenders” in Troy, the first ever Adirondack Film Festival was a resounding success, and recently, “Radium Girls” was filmed in Lake George and the Glens Falls Region. Filmmakers, including those working on “Radium Girls,” are starting to discover that this historic region has a lot to offer to the motion picture industry. 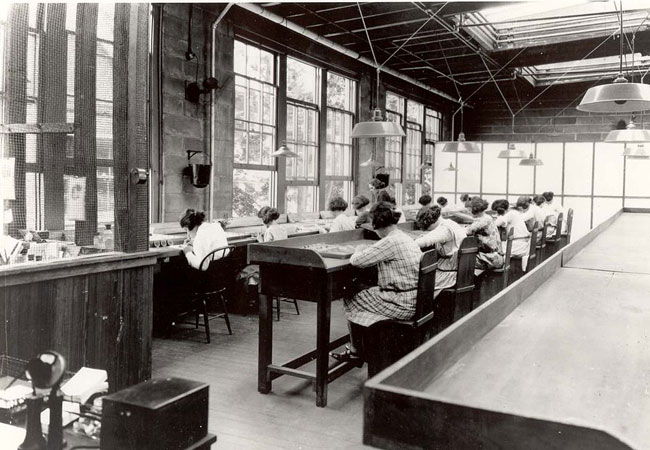 Although Upstate NY isn’t a stranger to filmmaking – crime drama “The Place Beyond the Pines” was filmed in Schenectady in 2011 – the recent interest is a sign that filmmakers are recognizing how unique the area is. Here in the Lake George and Glens Falls Regions, there are multiple historic sites and buildings from the early 20th century and older.

The area’s historic locations are the main reason why the filmmakers behind “Radium Girls” decided to shoot their movie here. The film is set in 1925 and focuses on sisters Bessie and Jo who work at an American Radium factory. These workers painted luminescent watch dials, and they were unaware that licking the fine paintbrushes would result in deadly amounts of radium poisoning. The film tackles the lawsuit against American Radium and the medical effects of radium.

The people behind the filming of “Radium Girls” include:

Since period architecture was necessary to create the look and feel for “Radium Girls,” it makes perfect sense why Lake George and the Glens Falls Region were selected. In particular, the decision was made after Dean Pilcher saw the 19th century houses at the Wiawaka Center for Women in Lake George.

Throughout the end of October 2016, “Radium Girls” was filmed at Wiawaka, the Old Warren County Courthouse in Lake George, the historic Union Square building complex in Glens Falls, and other locations in the area. Post-production is currently underway in New York City.

“Radium Girls” hasn’t been the only film production in Lake George recently. Another movie, “Derailed,” was shot at Lake George’s historic battle sites.

This growing interest in the Upstate NY area as a prime spot for filmmaking and the movie industry has been welcomed by local leaders. Ed Bartholomew, the head of Warren County’s economic development efforts, has established a new Warren County Film Committee in response to these productions.

The hope is for this kind of committee to assist filmmakers interested in shooting and producing a film in the region. Rather than have visiting filmmakers work on their own, a local committee would work with them to find production facilities, etc.

Who knows which movie will be filmed in the region next?