Plan Lake George Fun On LakeGeorge.com!
Find a Business Enter Giveaways Advertise
Home  »  Fun Stuff  »  The Sagamore Named One of Top 10 Most Haunted Hotels in the US

The Sagamore Resort in Bolton Landing, known for its luxurious accommodations, amazing location right on Lake George, and rich history, has another and perhaps lesser-known claim to fame: it’s haunted. So haunted, in fact, it’s been named by TODAY as one of the 10 most haunted hotels in the entire country! 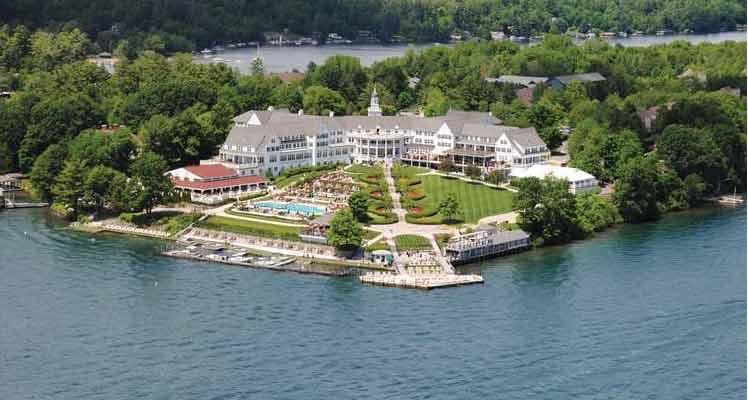 Here are some of the reported sightings at The Sagamore over the years:

A little boy from the 1950s, reportedly hit by a car, hangs out on the golf course causing mischief by stealing golf balls and flinging them at golfers while laughing.

Other ghostly children can be seen on the golf course, or giggling in the hallways.

A woman in white enters hotel rooms to frighten the guests. She hovers over them while they’re sleeping, blowing cold air onto their eyelids.

A woman wearing a blue polka dot dress moves through the hallways and the hotel’s restaurant.

A couple walks into the dining room and proceeds to fight: He flings her to the floor in a rage while she reaches for him from the carpet, only to fade away. They’ve also been seen in a second floor room.

A blonde woman once spoke to a hotel chef, then proceeded to walk right through him; he reportedly quit right afterwards.

The History Behind the Hotel

It’s not a big surprise The Sagamore is haunted, when you take into account its long history, having originally opened in 1883.

The hotel was burned down by fires in 1893 and 1914. The third iteration of the hotel was built in the early 1920s, and was fully reconstructed in 1930 – The Sagamore continued to thrive for decades, despite this renovation happening during The Great Depression.

As times changed, The Sagamore ended up facing tough times again, having to close in 1981. In 1983, 100 years after the hotel first opened, Philadelphia real estate developer Norman Wolgin purchased The Sagamore with intent to restore it to the great hotel it once was. Today, the legacy of luxury and fantastic service continues.

The area surrounding The Sagamore has a long history as well – fighting among the French, British, and Native American population occurred in the region in the 1700s.

In fact, a prior employee of the hotel reportedly claimed The Sagamore was built on Native American burial grounds.

With all the reported and repeated sightings, we can see how The Sagamore made the top 10 list for haunted hotels. Also on the list is the Stanley Hotel in Estes Park, Colorado – the inspiration for The Shining! It’s pretty exciting that one of our own hotels is haunted enough to be on par with a hotel so frightening it caught Stephen King’s attention.

Of course, The Sagamore isn’t just known for its reported hauntings – if you’re looking for a place to stay in the Lake George area, this hotel offers a fantastic hospitality experience, sports and fitness facilities, and many additional opportunities to enjoy a taste of the Adirondacks.

Check out what else The Sagamore has to offer >>