Local officials are imploring Governor Andrew Cuomo to pass two boating laws which have already been approved by both houses. An awareness of boating laws and the need for tighter regulations comes about in light of the fatal boating accident on July 25th following the Log Bay Day celebration on Lake George. 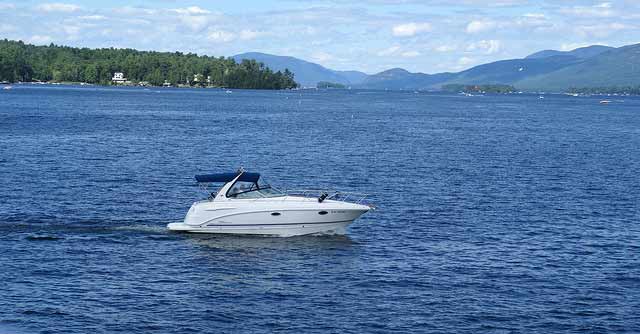 Under the new law, when an individual is charged with boating while intoxicated the judge would consider past DWI convictions. Right now, if someone is charged with BWI it could be considered a first offense, even if the person has a previous DWI – or even several DWIs.

“The legislation would strengthen existing BWI laws as we have done on our roadways to address dangerous behavior and hold people accountable for their actions,” Assemblyman Angelo Santabarbara said in a statement.

The second part of the law being pushed is to raise the boat-dock fees. The fees are used as funding for the Lake George Park Commission and they have not been increased in 14 years. The Commission uses this funding to set up boat patrols, law enforcement, and to overall increase public safety and protect the lake.

“My hope, in light of the terrible tragedy on Lake George and the public’s desire to see safety improve on Lake George, is that these two initiatives would be taken up sooner rather than later while we work to address issues specific to Log Bay,” Senator Betty Little told the Press Republican; Little is also working to shut down Log Bay Day altogether.

Alexander West, who was driving the boat that caused the fatal accident, has been charged with two counts of leaving the scene of a boating accident, which is a felony. Prior to the accident, he and his companions were at Log Bay Day. Press reports have indicated West may have been drunk at the time of the accident, though he has not yet been charged with BWI, as the toxicology results are pending.

A fundraiser has also been created in light of the tragedy, in addition to this push for stricter boating laws.

The young girl who died, Charlotte McCue from California, was an avid gymnast. The Charlotte M. McCue Gymnastics Scholarship Fund has been organized through a California gymnastics academy.

The description for the fund says: “Charlotte loved the sport of gymnastics, the camaraderie of her team/coaches, and the gym where she spent hours training. The Charlotte M. McCue Gymnastics Scholarship is a vehicle that will allow her love and passion to live on. This fund will help bring the joy she had for the sport to those who could otherwise not afford it.”

As of this writing the fund has generated $97,846. Donations are being accepted through youcaring.com.