Almost three centuries ago, Lake George’s Battlefield Park was a key site during both the French & Indian War and American Revolution. Today, there are historical monuments and ruins throughout the park, but there is still much to learn about the battlefield’s role in history. Thanks to a $50,000 grant – the first history-related grant the Town of Lake George has ever received – the past will soon be uncovered at Fort George and the surrounding Battlefield Park! 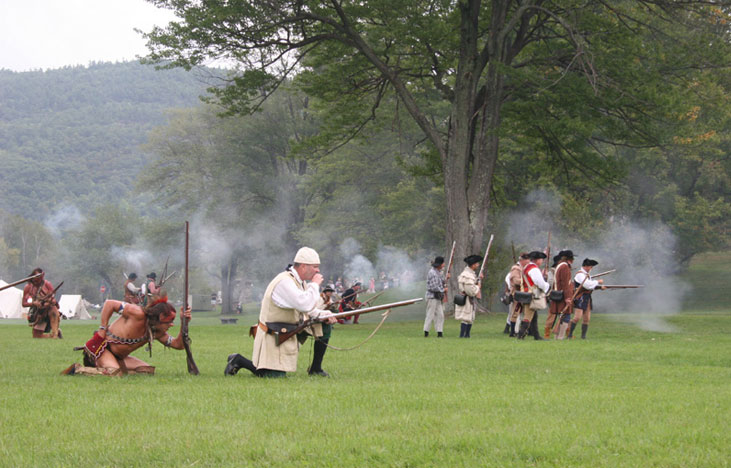 During the French & Indian War, the 1755 Battle of Lake George took place in and around the park. A combined British and Colonial force defeated the French. In 1759, Fort George was constructed as a base of operations in Battlefield Park.

20 years after the Battle of Lake George, Fort George was involved in the American Revolution. In 1775, the Americans were able to capture Fort George and its supplies from the British. However, in the early 1780s, the British retook control of the fort and burned it down.

Since then, Battlefield Park has received several historic monuments and statues. Take a stroll through the park, and you’ll see a statue of Father Isaac Jogues, the first white man to see Lake George, a statue of Sir William Johnson and King Hendrick high on a hill, and others.

For the past three years, Professor David Starbuck and a crew of archaeology volunteers and SUNY Adirondack students have conducted summer surveys of Battlefield Park. These small archaeological digs have uncovered more than a few artifacts, including a 1766 Irish coin found this summer.

However, the recent $50,000 grant, awarded to Lake George by the National Park Service’s American Battlefield Protection Program, will result in a thorough archaeological study of Fort George and Battlefield Park. Dan Barusch, the Town of Lake George’s Director of Planning and Zoning, told the Post-Star that a consulting firm will handle the study, which will focus on three objectives:

The report will be titled “Analysis of Military Campaigns Associated with Fort George and Environs.” Once complete, historic signs will be set up around the park and town, and they will reveal all the new findings.

Although not a requirement to receive the grant, Lake George and its partners plan to provide $20,000 of time and resources to the battlefield project. To learn more about the project, a public workshop is being planned for next summer.

Look forward to hearing about the battlefield project’s development in the near future!