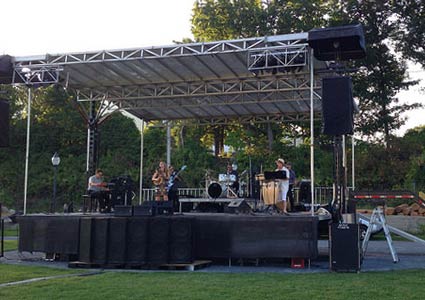 According to The Post Star, three-day concert series The Chill, formerly known as Catskill Chill, will be making its Lake George debut September 30 – October 2, 2016. Had the American Music Festival returned for a third year, it would’ve been on the weekend prior to The Chill.

“There’s no room for back-to-back weekend music festivals with such similar musical lineups and audiences in Lake George,” American Music Festival owner Robert Millis told The Post Star. “Neither could succeed under that format.”
Lake George Mayor Robert Blais told The Post Star he believes the festivals could’ve co-existed on adjacent weekends, but Millis was adamant that competition for acts plus the abundance of other musical events throughout the summer would’ve been detrimental to his festival.
To fill the space vacated by the American Music Festival, Mayor Blais may be inserting a brewfest. Stay tuned for more details on the complete 2016 Festival Commons lineup!
Source: