Plan Lake George Fun On LakeGeorge.com!
Find a Business Enter Giveaways Advertise
Home  »  Business  »  Popular Judd’s Tavern Will Be Reopening as 163 Tap Room
Remember back in February we told you how one of Lake George’s most popular hangouts, Judd’s Tavern, would be closing its doors one final time?  Owner Judd Gershen has plans to reopen the establishment under a different name with a new atmosphere. 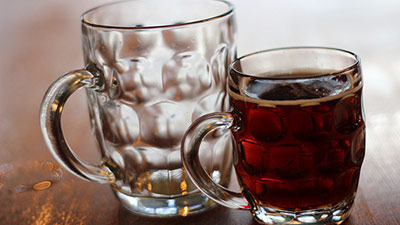 photo credit: Tiny Beer Mug via photopin CC BY-ND 2.0
Judd’s had bragging rights to one of the most diverse beer selections in Lake George and Gershen’s new establishment will boast even more.

Gershen is currently in the middle of renovating the old Judd’s to become the 163 Tap Room. The taproom will feature 16 local craft beverages as opposed to Judd’s 12 and the occasional wild card beer as Gershen stated to The Post Star, he “likes to mix things up.” The tavern will also feature new food items on the menu, as well.

“We have been fully immersed in craft beer (offerings) for the last five years, but you wouldn’t have guessed it by the décor,” Gershen stated as read in The Post Star.
We can’t wait to check out 163 Tap Room! What do you think about this transformation from Judd’s?
Source:
The Post Star