Normally when I look out the window at the frozen tundra of Upstate New York, I think to myself “there are few things that could make me leave my house this time of year.” This year, that list is getting a little longer thanks to the impending return of The Sagamore‘s Glacier Ice Bar & Lounge! 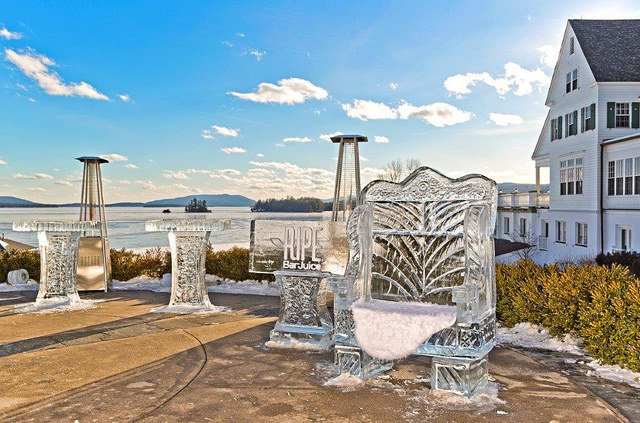 The Glacier Ice Bar & Lounge made its debut last winter and was an instant success. Approximately 18,000 pounds of ice was carved into a bar, tables, chairs, and sculptures transforming the veranda into the coolest lounge around. 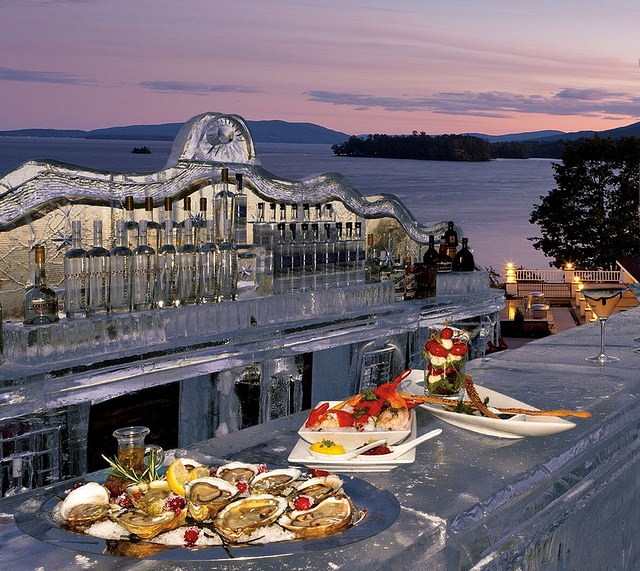 The popularity of the Glacier Ice Bar & Lounge in 2014 has led to plans for its reincarnation and expansion in 2015.

Not only will this year’s bar be able to accommodate more people than last year’s, but it will also be open three days a week instead of two.

There are plans to add new features and attractions to the bar in addition to live music performances and special menus.

Worried about being cold? The Sagamore’s lobby and Caldwell Room will be available for ice bar visitors who need to warm up by the fire. 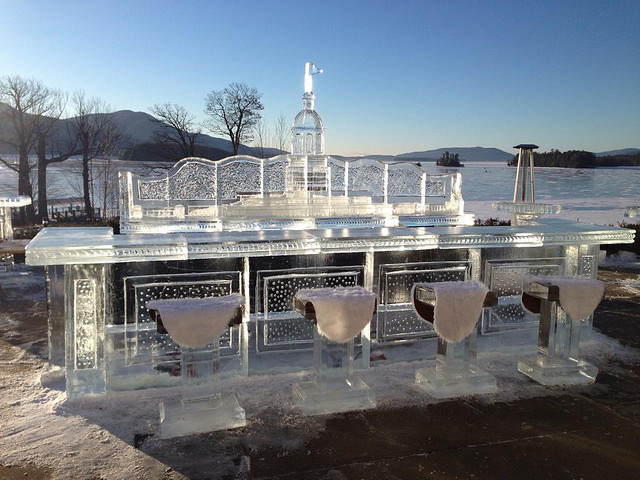 This unique attraction will be serving up cocktails Friday – Sunday on the weekends of January 23 and 30, 2015. I can’t think of a better reason to brave the elements this time of year than a cool drink at an even cooler bar!

Learn more about The Sagamore >>