Lake George adds a new festival to its lineup of big events this fall season: Festival of the Lake. The first-ever Festival of the Lake will be a three-day celebration of Lake George from Fri, Sept 27, through Sun, Sept 29, to bring awareness about protecting the lake against invasive species, with all proceeds benefiting the S.A.V.E The Lake Initiative. 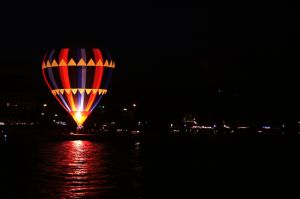 The brainchild of Mayor Robert Blais, who is tasked with protecting Lake George’s ecological health for the thousands of visitors it attracts a year, the Festival of the Lake hopes to bring together the community to help bring awareness of the issue. Working with various local groups, Blais is bringing together an amazing weekend of entertainment that he promises will be the area’s largest event of its kind, all for $10 (per person) for the entire weekend.

As part of the Ben & Jerry’s-sponsored celebration, a nighttime Flashlight 5k will liven up the streets of Lake George with the first-ever glow-in-the-dark 5k race. Racers will take to Canada Street through Lake George Village with glowing necklaces, bracelets and (for some) costumes. Local Chef Dave Britton (remember him from Springwater Bistro?) will bring his mobile brick pizza oven Pies on Wheels, The Barbecue Smokehouse‘s famous ribs will be on-site (and hopefully fried green beans) as well as other local vendors dotted throughout the festival. 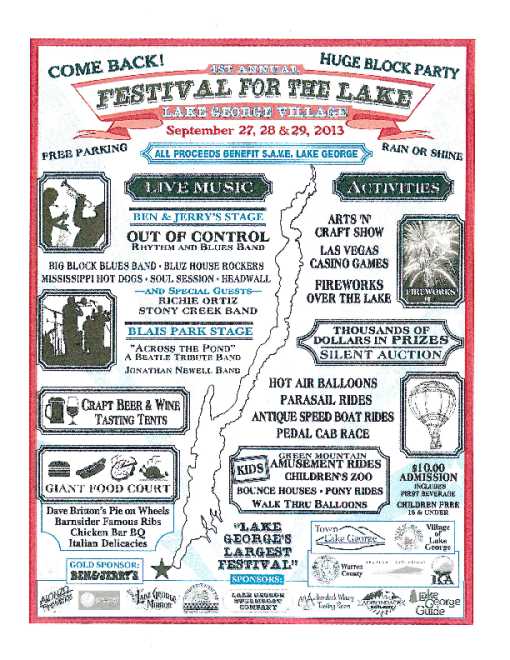 Our own local version of Ray LaMontagne, Rich Ortiz, as well as locally based Stony Creek Band, will open the festival on Lake George’s two main stages in Shepard Park and Blais Park.
Blais has done an excellent job putting together what will certainly be Lake George’s largest event to-date, all with the help from local sponsors, vendors and the community that enjoys and hopes to preserve Lake George.
ENTERTAINMENT LINEUP
Friday, September 27

Mississippi Hot Dogs
Soul Session
Headwall
Across The Pond: A Beatl’es Tribute Band
TICKETS
Admission is $10 for adults for the whole three-day Festival of the Lake weekend of events and includes one beverage. Race registration and prices can be found on the Flashlight 5k event page.