The rumors you heard that Jersey Shore is going to film in Lake George this summer were NOT true! I don’t know many actual fans of Jersey Shore, but I think hype is natural when celebrities are coming into town, whether you subscribe to their entertainment or not.

As it turns, out an April Fools joke by The Glens Falls Chronicle turned into quite the story! Read on… 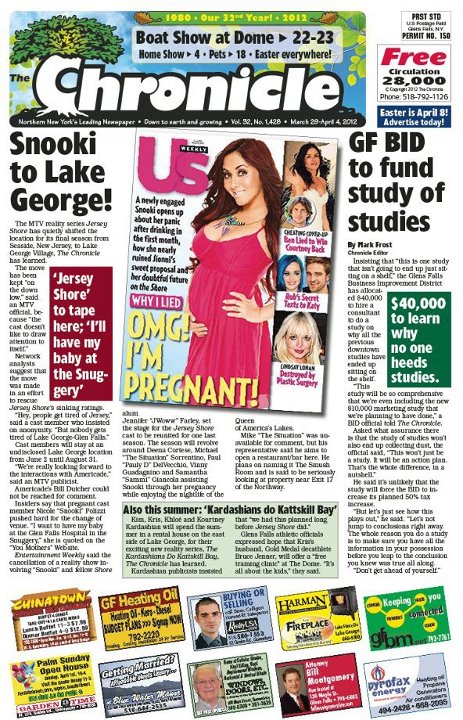 Every year, The Chronicle runs an annual April Fools issue that is totally bogus. This year, under the headline ‘Snooki To Lake George,’ The Chronicle outdid themselves with a fake story about Jersey Shore filming season 6 in Lake George this summer.

While many in the area were skeptical and didn’t want to be duped if this was an April Fools joke, many believed it and spread the rumor further. I’m sure our friends over at the Chronicle were snickering when they saw the story was picked up by The Examiner who thought it was true! Oops. They have since taken it down.

Did you hear the Jersey Shore rumor? Did you believe the show would be filming in Lake George, or did you suspect the joke?