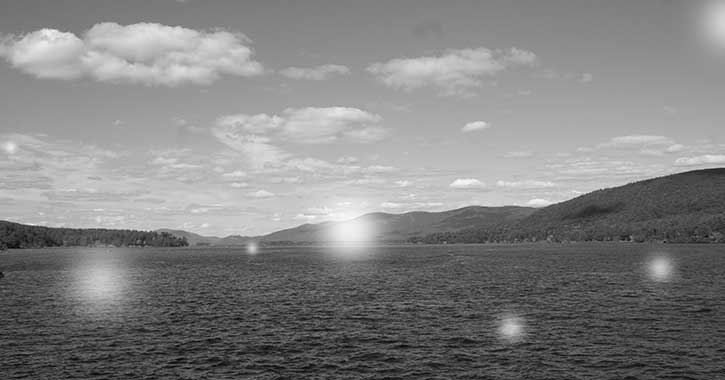 Lake George is at least 10,000 years old giving the lake and surrounding region a long history. Europeans first discovered the lake in the 1600s, and its position between Montreal and New York City led to the region becoming a contested battleground in wars through the American Revolution. Many souls in the area were never laid to rest due to untimely deaths in bloody battles or from disease. Inns and lodges dating back at least 100 years are scattered throughout the area and it has been reported some guests never went home. Needless to say, the Lake George region is no stranger to hauntings and ghost sightings. Here are some of the most haunted places in Lake George and nearby towns:

Fort Ticonderoga has reportedly been a hotbed of paranormal activity since even before its restoration. As a site of strategic importance during the Seven Years’ War and the American Revolution, the Fort saw plenty of bloodshed. It was captured by the French, the British, and the Americans at different points in time. These sieges on the Fort left hundreds dead; many of these spirits never moved on to the next world.

It wasn’t just battles that left souls in limbo – disease was the number one killer. Reports of a young native girl walking around the Fort date back to the mid-1800s. The sound of footsteps has been reported and mysterious lights have been seen in the early morning hours in recent years. 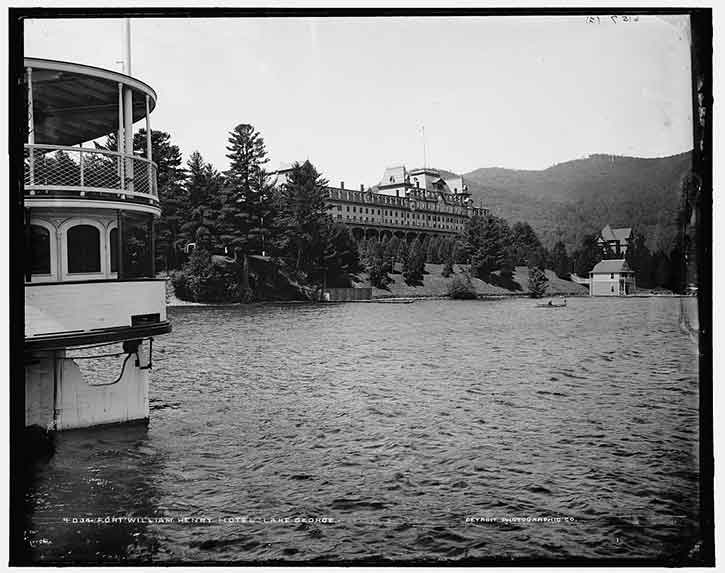 Fort William Henry, much like Fort Ticonderoga, is a base that was strategically important during the Seven Years’ War. The British held control until the French launched a successful siege on the Fort leading British Lieutenant-Colonel George Munro to surrender. Not everyone fighting alongside the French were happy with the surrender and safe escort of the retreating British, which led to a massacre with a death toll rumored to be from as low as a few dozen to as high as 1500.

Paranormal happenings at the Fort today include flickering lights, footsteps and marching sounds, and the bells ringing with no wind. SyFy’s “Ghost Hunters” even held an investigation at the museum.

Find out for yourself whether or not Fort William Henry is home to lost souls. Ghost Tours are available by reservation throughout the season. Admission for Ghost Tours is $8 for children ages 5-15, $15 for seniors, and $18 for adults. 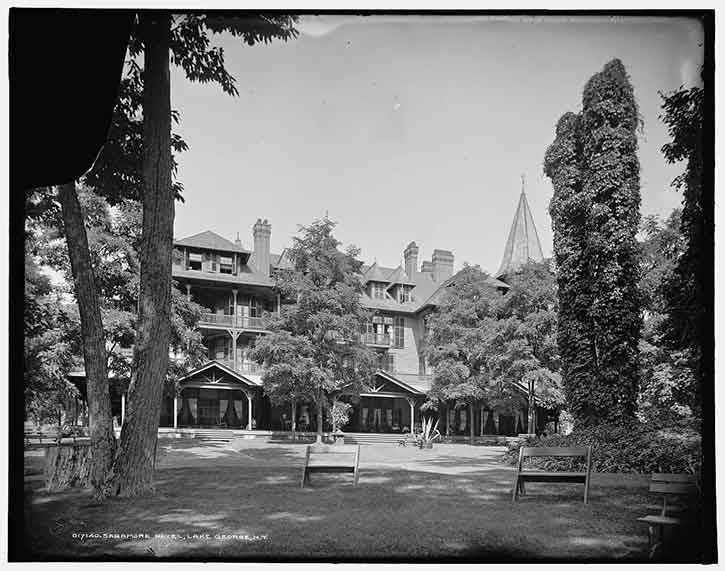 While The Sagamore is known for its luxurious amenities, it also has a reputation for otherworldly guests. The hotel’s history has not been smooth sailing as it burnt down in 1893 and again in 1914. Both these fires may have resulted in some permanent guests. It’s even been rated one of the Top 10 Most Haunted Hotels in the US by TODAY.

Reported sightings include a little boy on the golf course who’s a bit of a prankster, a ‘woman in white’ who hovers over sleeping guests, a fighting couple and more. These sightings have come from guests and employees–one instance supposedly drove a chef to quit his job.

This place has all the makings of a haunted location: it’s seen many guests over its years as a hotel, was built in the 1800s, and may or may not have remains buried in the basement.

The hotel was built in 1884 by Joe and Mary Bryere. Joe also happened to be the county coroner and may have resorted to burying the deceased in the basement when the winter ground was too frozen for grave digging. The Brightside currently serves as a training center for fiber optics, but the website does not shy away from its haunted reputation. In 2002, the Mohawk Valley Ghost Hunters determined the hotel is bursting with spectral energy. Sightings and activity have continued since.

Abnormal occurrences at Brightside include: beds shaking, blue orbs appearing in rooms, doors falling off their hinges, coats from the early 20th century appearing in rooms, and whispering. There is also a tale of a woman who watched her husband cross the lake in the middle of a blizzard. He never returned and her ghost awaits him, staring out the room’s window. 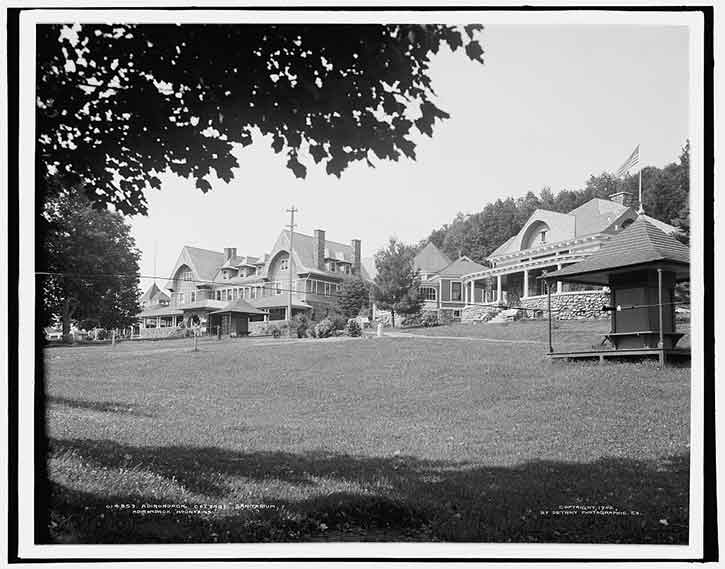 Mountain air is purportedly good for the lungs, which is why Saranac Lake became a haven for tuberculosis patients. In the late 1800’s and early 1900’s “cure cottages” began popping up all around the town. After World War I, it became home to many veterans who had been exposed to mustard gas. These cottages had notable residents including the author of Treasure Island, Robert Louis Stevenson, and baseball pitcher for the New York Giants, Christy Mathewson.

When it was discovered how contagious tuberculosis is, many other towns began to turn away patients. This lead to even more people coming to Saranac Lake for treatment. This also meant more people would die in the cottages, leading to plenty of unsettled spirits. The remaining cure cottages have been investigated in episodes of The Haunted on Animal Planet and SyFy’s Paranormal Witness. Both shows include reports of apparitions, voices, and moving tools.

There is currently a ghost in Lake George Village. A hot tip came in from one of our readers. We’ve put together an amateur sketch:

If you should see this ghost around the village, please let us know in the comments below.