The Siege and Surrender of Fort William Henry in 1757

The British Complete Construction In 1755

Fort William Henry was constructed on the southern end of Lake George by the British during the French & Indian War (the American colonial extension of the global Seven Years' War). This prompted a series of skirmishes with the French, referred to collectively as the Battle of Lake George. 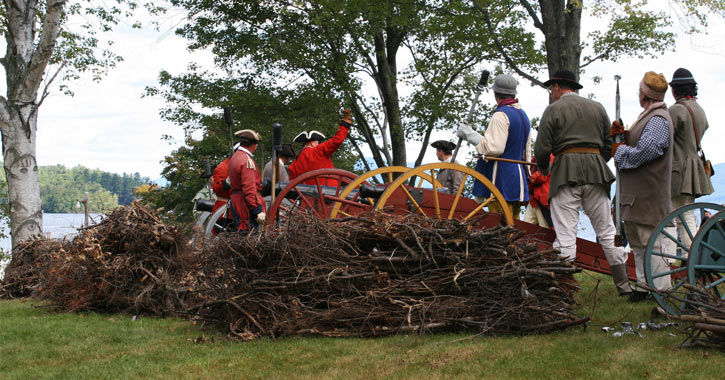 The Siege of Fort William Henry in 1757

The Lake George area was a hive of activity during the French & Indian War. French troops retained a presence around the lake and constructed Fort Carillon (later named Fort Ticonderoga) on the northern end of the lake soon after Fort William Henry was completed.

At the end of July in 1757 French troops led by François de Gaston (Chevalier de Lévis) and Montcalm, as well as their allies, travelled over land and water to Fort William Henry, camping nearer and nearer to the British fort. On August 3, skirmishes broke out and the French blockaded the road that led to the nearby British-held Fort Edward.

Monro rejected Montcalm's first offer of surrender and requested reinforcements from General Daniel Webb at Fort Edward. Webb wrote back a refusal to send any men the 16 miles to Fort William Henry and stated that Monro should negotiate terms for surrender - a message which was intercepted by the French and given to Montcalm.

With this knowledge, Montcalm began siege operations, firing at the fort and moving steadily closer to the fort's walls. This six-day attack by Montcalm and his 8,000 French troops, Native allies, and Canadian volunteers left Fort William Henry near collapse.

The fort's walls were breached, its guns were overused, and the British had sustained many casualties, leading Monro to surrender on August 9.

Montcalm's terms of surrender allowed for the British and their camp followers to retreat to Fort Edward under French escort, based on the condition that the troops would not engage in fighting for 18 months. The British would retain the full honors of war, and were allowed to keep their personal belongings as well as a single symbolic canon. The ill and wounded would be cared for by the French and released when their health improved.

As the British retreated on August 10, they - and the people left behind - were attacked by the French's Native Americans allies, possibly due to miscommunication among the diverse languages or because the Native Americans felt that they had not received the war trophies they were promised. The weaponless British received varying amounts of French aid during the attacks.

The collective deaths of the British following the surrender of Fort William Henry are remembered today as a "massacre". There still remains much speculation as to how many people (including women, children, and slaves who were not part of military records) were killed, with reports varying from a few dozen to over one thousand deaths. The massacre was later dramatized in James Fenimore Cooper's book, The Last of the Mohicans, and its numerous film adaptations. 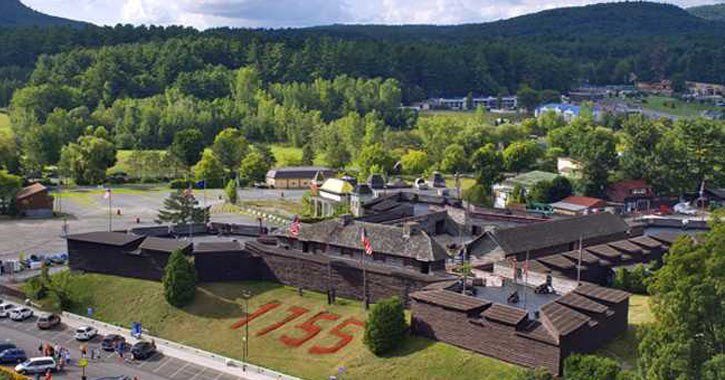 The remains of Fort William Henry laid untouched for approximately 200 years, until the 1950s when the site was excavated and a replica of the fort was built. The Fort William Henry Museum now offers visitors the opportunity to step back in time on the southern shore of Lake George, with historical reenactments, hourly historic tours, weapons demonstrations, and more.

In September 2017, a large wooden sculpture was completed by master woodcarver Paul Stark and placed opposite the Fort William Henry Museum on Beach Road in Lake George Village. The life-size sculpture depicts a canoe with Native Americans and Lt. Col. Robert Rogers riding inside. It is meant to highlight the significant history of the Lake George Region, and particularly the area's role in the French and Indian War.