Grab your friends and family, jump in the car, and travel through time in Washington County. Originally named Charlotte County after the English queen and renamed in 1783 after the first President of the United States, Washington County's name is not its only feature that is overflowing with history. From museums to military sites to mining, you'll love learning about the area's past and delving into these historic sites. 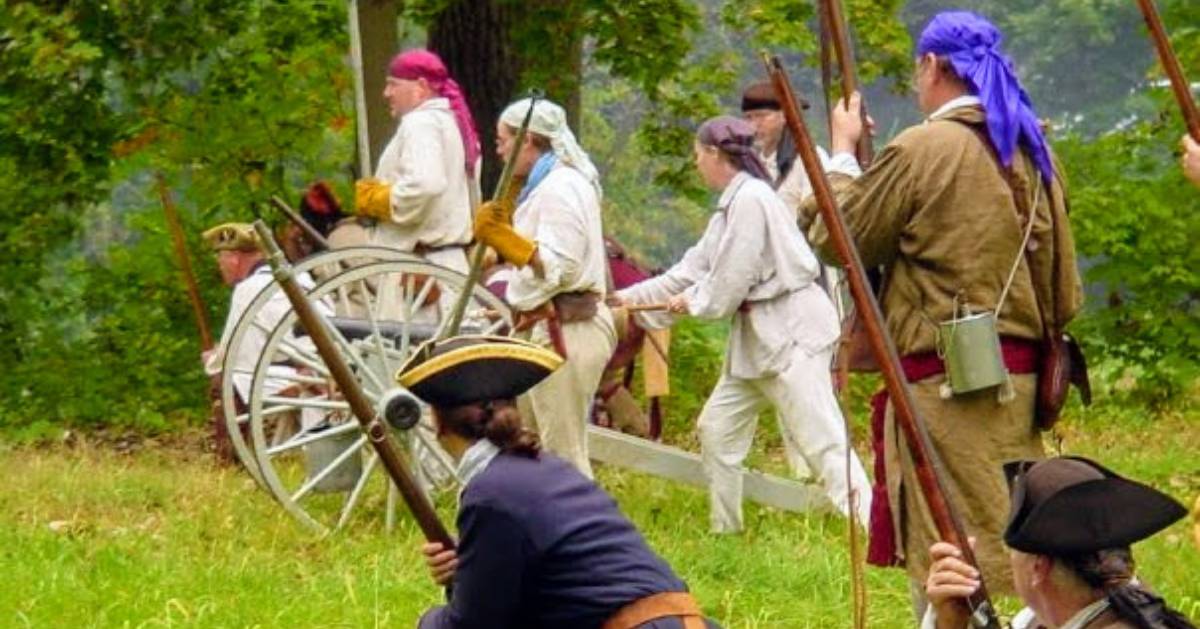 From the Native Americans to the Europeans

Although Rogers Island is primarily known as the base camp for Major Robert Rogers (of the famous Rogers Rangers) from 1756 to 1759, archaeology has revealed Native Americans inhabiting the island as far back as 4000BC, or possibly earlier. They lived or visited the island up until the first Europeans arrived at the beginning of the 18th century.

Rogers Island is situated directly opposite Fort Edward, which was one of the largest British fortifications in North America during the French and Indian Wars. Fort Edward was the base for invasions into French Canada by the British and provincial troops who later drove the French out of New France.

Thousands of troops encamped in and around this fort, especially on the island, where additional barracks, storage buildings, and hospitals were constructed. During the height of this troop, according to Roger Island Visitor's Center's website, Fort Edward was the third largest city in this country behind New York City and Boston.

Major Robert Rogers composed his "Ranging Rules" on Rogers Island in 1757, which details his method of training and rules of order. Also known as "Standing Orders," these Ranging Rules form the basis of military geurilla warfare that is still used by U.S. Army Rangers today.

What the Island is Used for Today

The Rogers Island Visitors Center is typically open from mid-May through mid-October, where guests can see exhibits that tell the story of the Fort Edward area from the time of the earliest Native American settlements thorugh the Revolutionary Wary. Each September, the Center hosts a French and Indian War Encampment, which includes reenactors, living history demonstrations, drills, and skirmishes conducted along the Hudson River banks.

During the summer, the Center serves as the home base of operations for Adirondack Community College's Archeological Field School. All artifacts are processed in their own archaeological lab to be cleaned, identified, and stored, then put on display in the Center. Admission to the Center is $5 for visitors 18 and over, and free for military members. 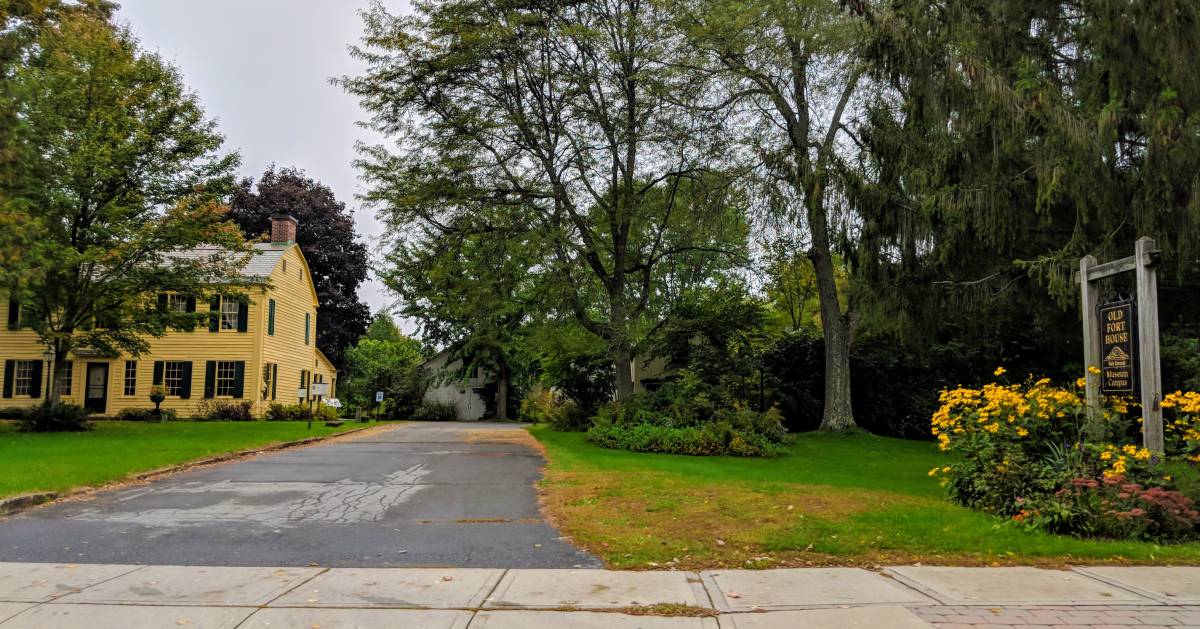 A Boarding House Where Twelve Years a Slave Author Once Resided

The house's most famous resident was Solomon Northup, author of Twelve Years a Slave. He married on the property in 1828 and lived there during the first years of his marriage to Anne Hampton. This free black man who was born in New York State was drugged and sold into slavery in 1840. He spent 12 years as a slave in Louisana before being set free and returning home. The Old Fort House Museum has a permanent exhibition on Solomon Northup. Twelve Years a Slave was published in 1853, and was adapted as a movie of the same title in 2013.

See early electric light fixtures at the A. Dallas Wait Law Office, which was one of the first buildings in Fort Edward to be wired for electricity. Marvel at the one-room Riverside School House, where kindergarten through eighth grade students received educations from the late 1800s up through the mid 1950s. Check out the Plank Road Toll House, which was used as an entrance to a plank road in the mid 1840s, then later was a train stop and antiques shop.

Then there's the Water Works Barn, which served several purposes as well: a "lock-up" from the Village jail, a replica store, a tool display, and a Delaware and Hudson Railroad hand car. And the Cronkhite Pavilion, the oldest surviving building from the Washington County Fair. And that's not to mention the Doctors Apothecary Garden.

The Old Fort House Museum is open June through mid-October, 1pm to 5pm, with the last tour beginning at 4pm. They are closed on Mondays in September and October. Admission is $7.50 for adults, $5 for seniors and military, $3 for teens 13 to 18, and children under 13 are free; they also offer a family free of $15.

The Pember Museum of Natural History 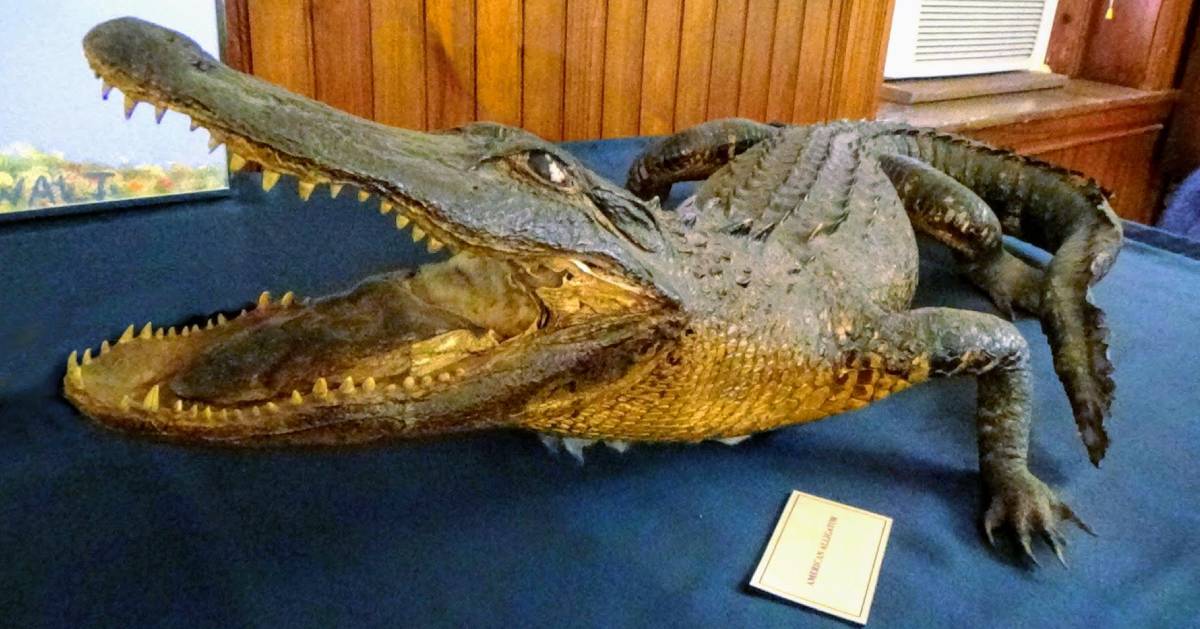 A Museum Built on the Collections of a Curious Child

The The Pember Museum of Natural History, which includes a library, was established by Franklin Pember and his wife Ellen Wood Pember in 1909. As a child, Pember was interested in the natural world and loved collecting items like bird nests, egg shells, insects, plants, and rocks, and it is this collection that became the basis of the Pember Museum.

When Pember passed away in 1924 the museum shut down for almost 40 years, until the Friends of the Museum brought it back to life, with collections cleaned and restored. Today, there are over 7,000 objects in the museum, about 80% of which are on display. Specimens include birds, mammals, reptiles, insects, arachnids, sea life, rocks, minerals, fossils, and more. There is a library on the first floor of the building, with the museum on the second.

In 1979 the Museum acquired 125 acres of land in Hebron, just south of Granville, and this became the Pember Nature Preserve; they were also gifted the historic Porter Schoolhouse adjacent to the preserve. Not only can you visit this preserve and enjoy the seven nature trails, but if you visit the website beforehand you can find maps, downloadable scavenger hunts, and more to enhance your experience (especially if you're bringing kids!).

The Pember Museum provides on their website a map of the trails, extensive information about the different trees and plantlife in the preserve, and there are downloadable scavenger hunt sheets, a leaf book, and more activities for kids. You can check out the hours for the museum and library while on the site, which are free of charge to visit, along with the preserve. 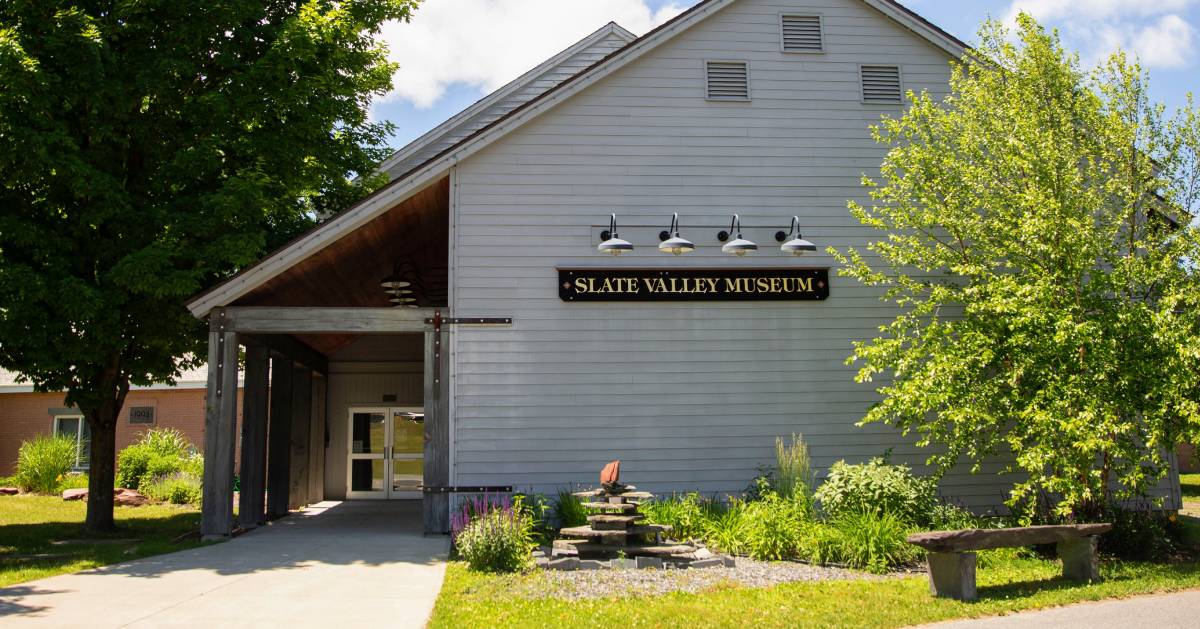 Slate: It's More Than Just a Rock

Slate is a fine-grained but durable rock formed by the metamorphosis of clay, shale, or a similar substance, and it's often used for roofing, flooring, and flagging. The Slate Valley this museum is named for extends approximately 24 miles along the border of New York and Vermont, going from Granville, NY and Rupert, VT to Fair Haven, VT.

Slate deposits were discovered near Fair Haven in 1839, but quarrying (the process of extracting stones from a quarry) wasn't considered practical at the time. But by the mid-1840s slate began to look more promising as an industry. The roof of a barn a mile south of Fair Haven was the first to be covered with slate in 1848, and it's still there today. Of the 400+ quarry sites that were once in the valley, an estimated 35 continue to this day, providing all of the colored roofing slate produced in the US.

Dig into the fascinating history of the Slate Valley at the Slate Valley Museum, where you can see photographs, artifacts, machinary, and more relating to the slate industry in this area. The Museum is open year-round, Tuesday through Friday 1pm to 5pm, and Saturday 10am to 4pm. You can also check out their collection virtually on their website. 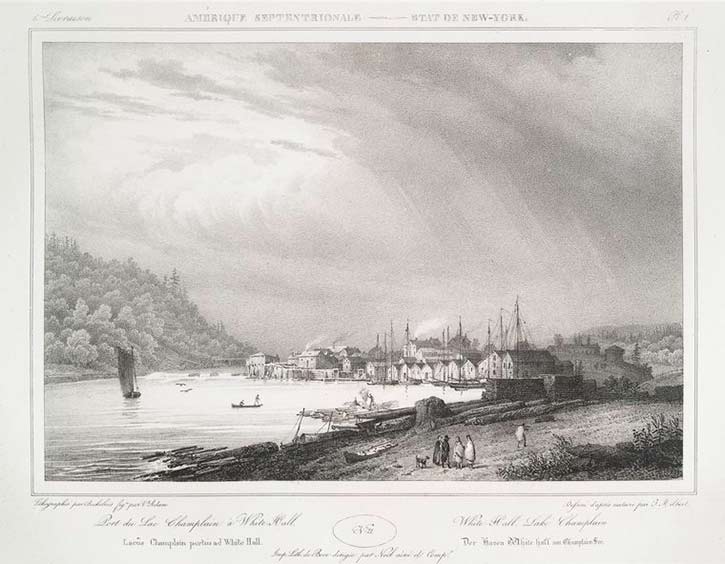 Don't miss the boat and forget to visit Whitehall - one of the birthplaces of the U.S. Navy! When the Continental Army captured Whitehall during the revolution in 1774, American General Philip Schuyler commanded Benedict Arnold to build a fleet that could confront the British on Lake Champlain. Want to learn more? Of course you do! Head to The Skenesborough Museum in Whitehall to learn how 13 ships were built in Skenesborough harbor in 1776, view the personal items of Admiral Potter, let the kids play on a ship prow, and take a walking tour along a canal that's been in use since 1823. Open daily June through Labor Day, 10 am - 4 pm (Sunday noon - 4 pm) and from Labor Day through mid-October, Saturday 10 am - 3 pm, Sunday noon - 3 pm. 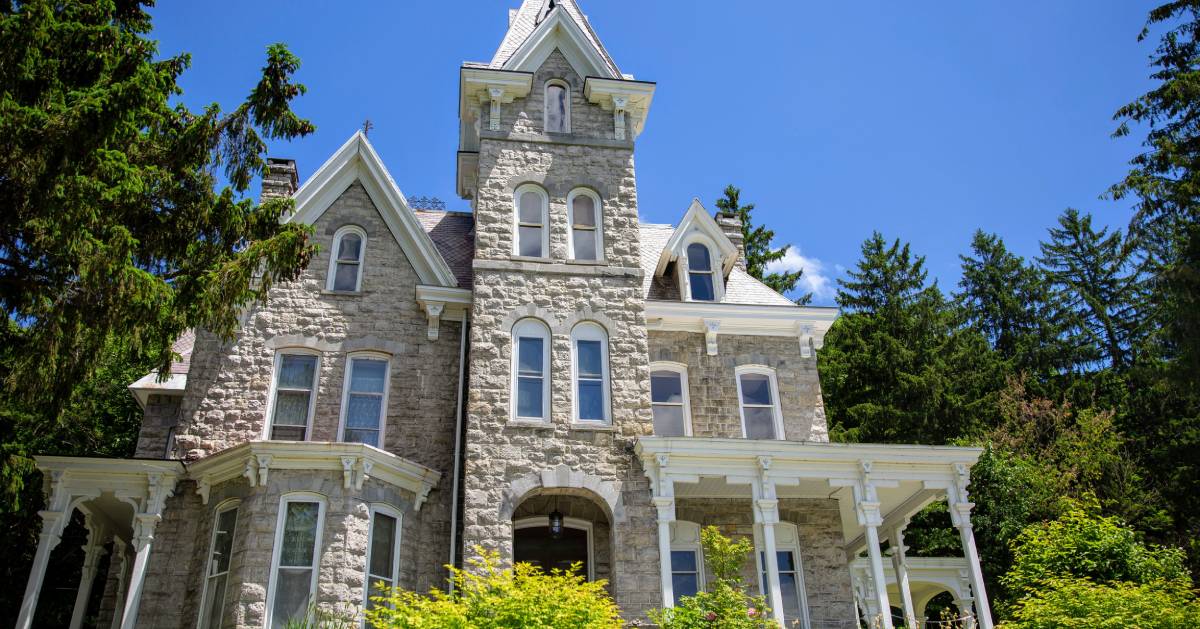 Cross the canal to reach Skene Manor, a Victorian Gothic-style mansion that has been restored and preserved by Whitehall Skene Manor Preservation, Inc. Step inside this castle-like house to discover the wonders built by Judge Joseph H. Potter in the 1870s. Grab a bite to eat in the Manor's Tea Room, take a free tour, and stop by the gift shop while you're there! Open mid-April through mid-December, Friday - Sunday noon - 4 pm. You can even book the building for special events outside of regular hours. 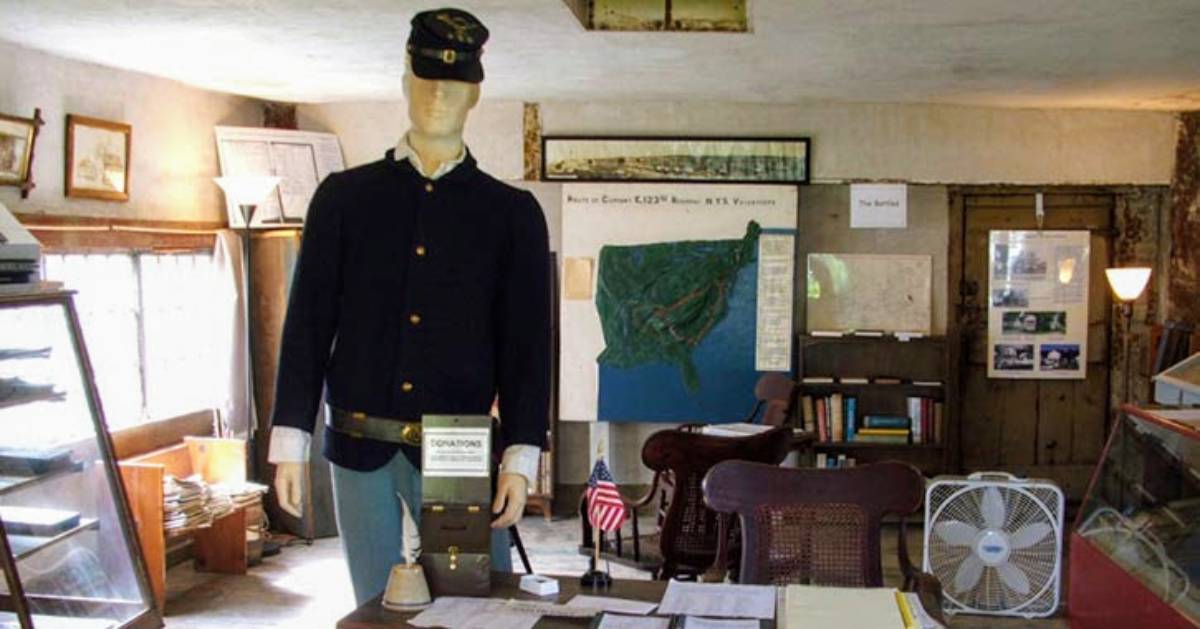 How would you like to step inside what is considered the oldest house in the entire Hamlet of Hartford? All you have to do is visit the historic Hartford Museum, a building that dates back to the early 1800s. Now managed by the non-profit Hartford Historical Group, the museum houses a vast collection of furniture, books, and memorabilia that showcase how life once was in this small community.

But that's not all you'll find at the Hartford Museum. The site's other claim to fame is that it houses the last existing Civil War Enlistment Center in New York State! Today, the building's exhibits tell the story of the heroic men who enlisted there during the war and undertook a 3000-mile journey by foot and train from Hartford to the Battle of Gettysburg.

Both the museum and the enlistment center are open for visitors on Sunday afternoons from 1 pm - 4 pm in July and August, and then at other times by appointment. School tours are also an option. 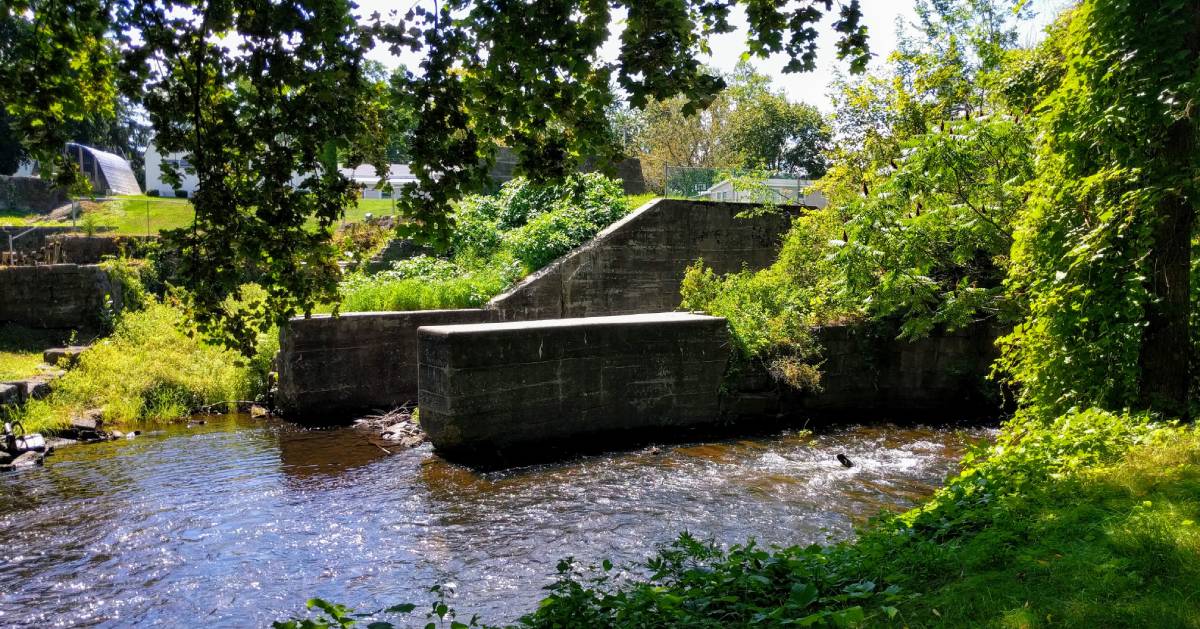 Find out about Washington County history and have an outdoor adventure in the same place: Feeder Canal Park. This historic canal travels from Glens Falls to Fort Edward, with a 9-mile park trail that follows the original 1820s canal system and is the perfect place for biking, walking, and stops along the way for picnics! It's also great for canoeing, with 5 miles of waterways. Learn how the Feeder Canal contributed to the development of northern New York while enjoying the fresh air. The park, maintained by The Feeder Canal Alliance, is open daily Memorial Day through Columbus Day, and stop by again in the winter once the snow has fallen for cross-country skiing! 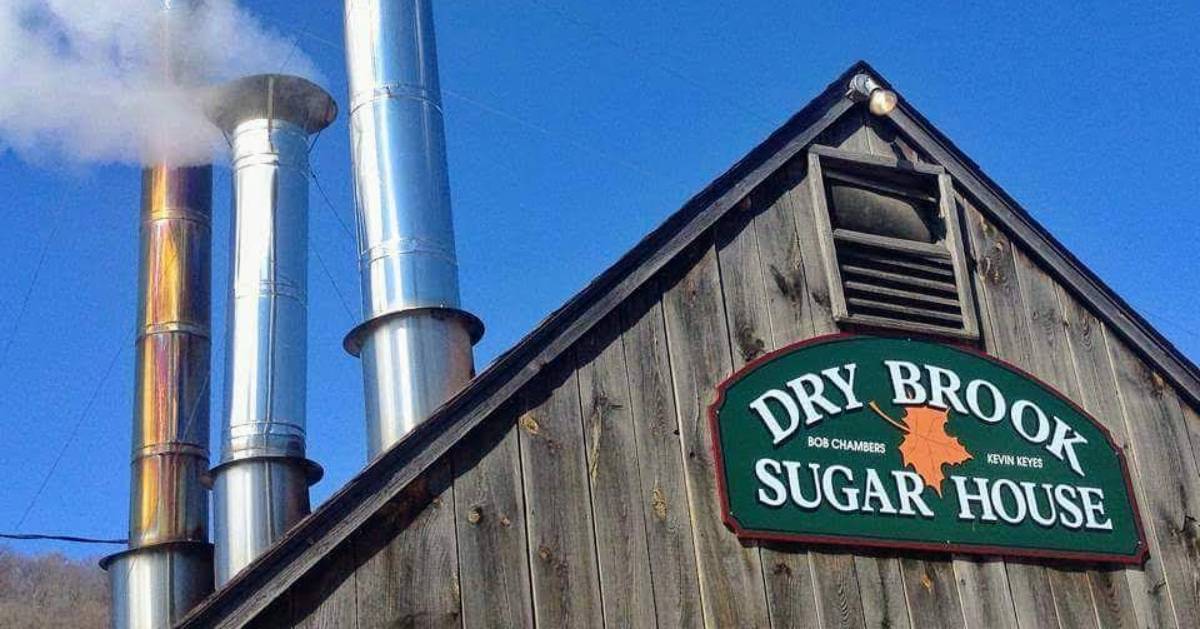 Washington County has a diverse and rich agricultural history. There are plenty of farms (ranging from apples to alpaca fibers and more), mills, breweries, and vineyards that carry on the tradition of farming today. Journey to one of these amazing locations to learn about agriculture in the county, visit with farm animals, and purchase local products! 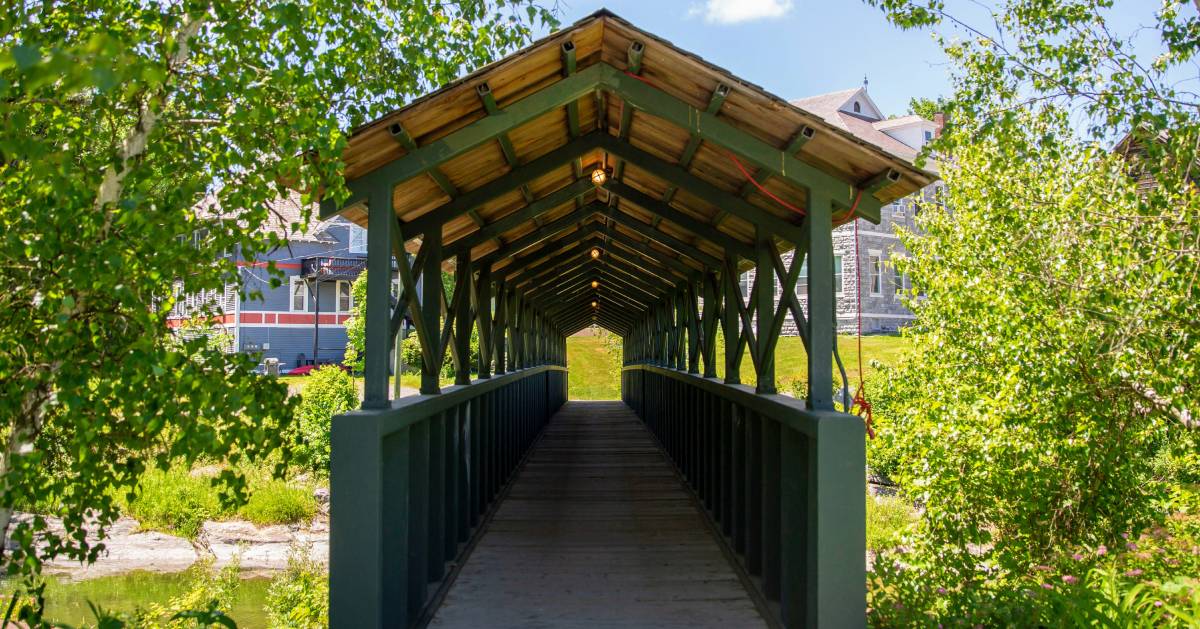 Since the 1700s, Washington County has continued to grow, while managing to retain many of its original structures. Covered bridges are a rare sight to see in New York today, except in Washington County where the bridges have withstood the test of time. Based mainly around the beautiful Battenkill River in the southern parts of the county, the region doesn't just have one historic covered bridge, it has four that you can visit!

See a map of the locations of these covered bridges »

Ready to go back in time in Washington County? Plan your historic tour through the region!

Find even more things to do in Washington County »

« Back to Things To Do