Editor’s Note 07/22/22 9:25am: Please note, the headliner for Rock the Dock, Galactic, has unfortunately had to cancel due to a medical emergency. Twiddle is stepping in as headliner.

One of the most popular, rockin’ events of the summer is this weekend in Lake George! See what else is going on with Georgia O’Keeffe-centered happenings, the first play of the year for our favorite dinner theater company, and a blueberry-themed festival at a farmers market. 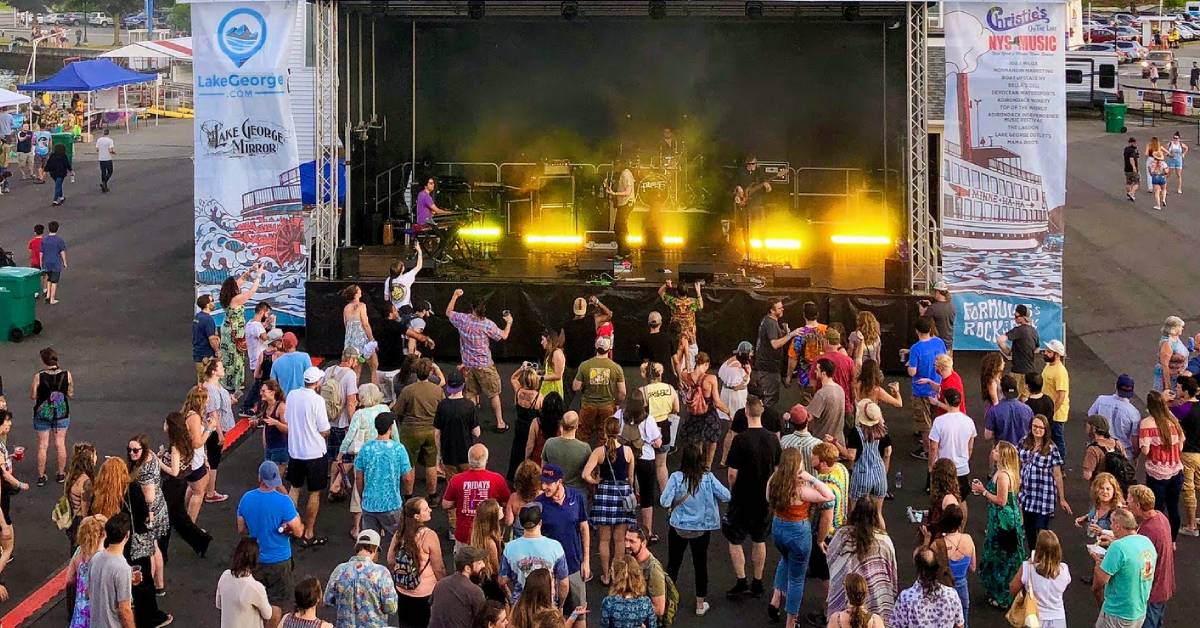 Make Your Way Into the Weekend With Music, Theater & Art

This year’s Rock the Dock lineup at the Lake George Steamboat Company includes Twiddle, Annie in the Water, Chestnut Grove, Glass Pony, O-Man & The Nite Trippers, and Raisinhead. In addition to live music you can expect food and craft beer vendors, band memorabilia for sale, and more. Note: 25% of ticket sales go towards the Lake George Association.

Fridays at the Lake – Grand Central Station & The Ultimates

Slightly overlapping with Rock the Dock is Fridays at the Lake, close by in Shepard Park. Grand Central Station is a full-entertainment, high-energy band that will make you want to get up and dance. The Ultimates is a super group party band comprised of members of Bad Chaperones, Groove Syndicate, and Uncle Wiggly.

The Lake George Arts Project hosts this George O’Keeffe-themed painting workshop at the Caldwell-Lake George Library. All supplies are included, you can take home your masterpiece, and it’s less expensive than most paint-and-sip events.

A new musical celebrating Georgia O’Keeffe and the famous artist’s connection to Lake George debuts this weekend at Fort William Henry’s Carriage House. This is the flagship event of O’Keeffe-related events happening all week long.

The music rocks on with the Lake George Steamboat Company on Saturday, as Aquanett sails with the Saint Sacrement.

Don’t miss the hilarious romantic comedy First Night, which takes us back to New Year’s Eve 1985, when an old high school couple reunites at a video store. This is the first production of the season for the Lake George Dinner Theatre.

Enjoy the Great Outdoors With Farms, Food & A Good Cause 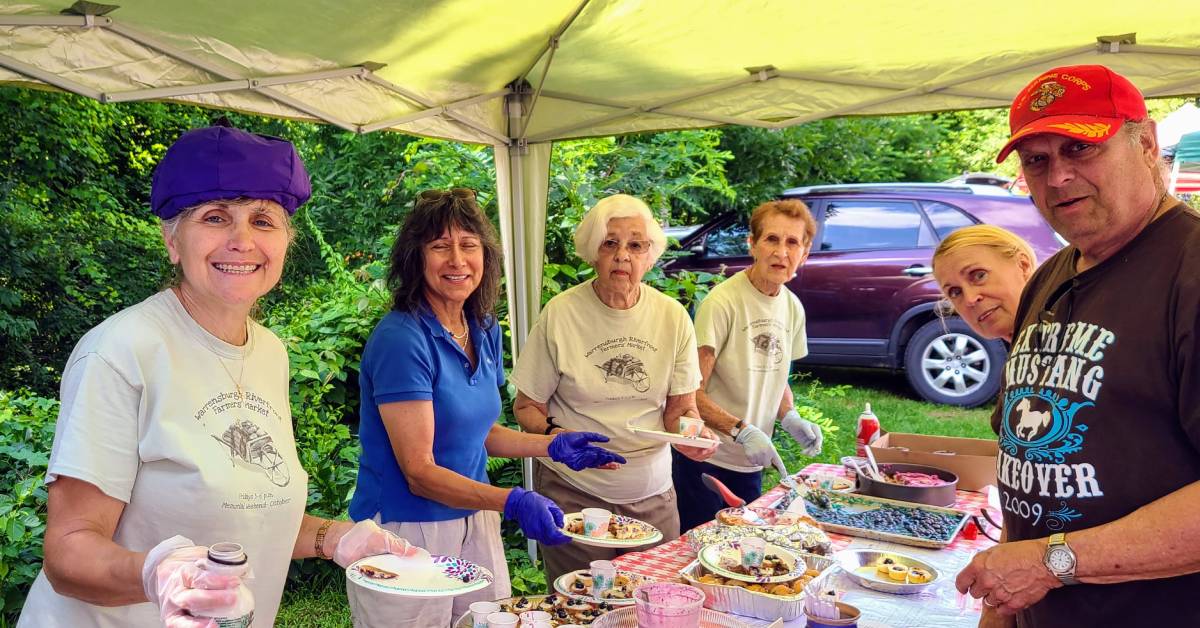 Come out to the farmers market in Warrensburgh for everything blueberries. Multiple local farms and vendors will be in attendance, they’ll have kids games and live music, and you can take home blueberry recipes for everything from appetizers to desserts.

Nature Hike at The Pinnacle

Part of Up Yonda Farm’s Discovery Series hikes, this outing at The Pinnacle in Bolton Landing is led by one of the farm’s naturalists. Come find out why nature is neat! Participation is limited.

The LGA Summer Gala takes place at Charles R. Wood Park under an open-air tent, and will feature food stations and passed tastings, rather than a sit-down dinner. Proceeds support the association and their work to protect the lake.