This week’s news to know in Lake George is mostly nature/land/water related! Check out details on a grant received by the Lake George Land Conservancy and related updates, and then browse upcoming events like a guided bike ride on the Warren County Bikeway.

Newsy Tidbits to Know Around the Lake George Region

DEC and partners are undergoing additional efforts to limit the spread of invasive hemlock woolly adelgid on Forest Preserve lands in Washington County. There are 29 infested acres being treated near Shelving Rock, and additional infested hemlocks near Paradise Bay.

“Hemlocks are the fourth most common tree in New York’s forests, and their ability to grow on steep slopes along streams makes these trees fundamental in terms of preventing erosion, filtering pollutants from runoff, and maintaining cold-water habitat,” DEC Commissioner Basil Seggos said in a statement. 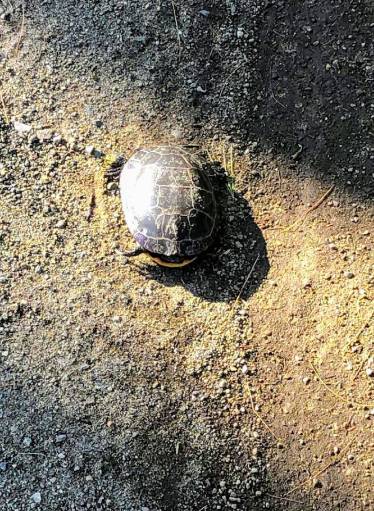 It’s Time to “Give Turtles a Brake”

Speaking of the DEC, they have issued their annual reminder to New Yorkers that turtles are on the move, this month and next. Keep an eye out while driving and slow down if you see a turtle. This guy on the left was photographed in Lake Luzerne last week.

If you’re so inclined, motorists can pull over and help the little critters by moving them to the side of the road in the direction it was facing. Please don’t pick them up by the tail; if you’re moving a snapping turtle pick it up by the back of the shell near the tail using both hands. 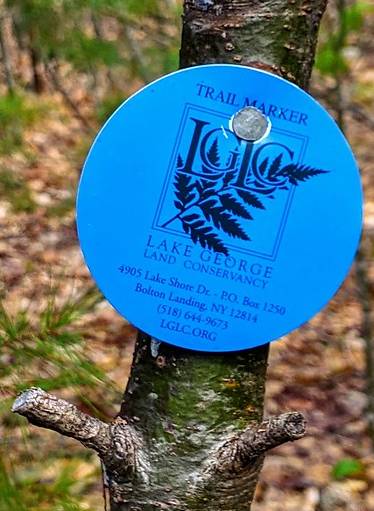 The Lake George Land Conservancy announced on Sunday that the nonprofit has received $25,000 from The Nature Conservancy, which they are putting towards their Sucker Brook Conservation Initiative in Putnam.

Sucker Brook is one of Lake George’s 10 largest tributaries, and drains directly into Lake George close to Anthony’s Nose on the eastern side of the lake. The brook has a significant impact on the water quality of Lake George, and the LGLC focuses its efforts on the brook, its wetlands, and the surrounding buffer of land and “ecological treasures.”

Trolley Service Will Be Reduced This Year

The Post Star reported on the reduction of the trolley operations this year, due to a driver shortage. The Greater Glens Falls Transit trolley system resumes Memorial Day Weekend, but the last trolley will depart Lake George at 6:15pm instead of 10:30pm. GGFT hopes to fill the necessary positions by the time the trolley resumes daily operation on June 26.

Check Out 11 Upcoming Events in the Region