The Village of Lake George took to Facebook today to announce what many feared was coming: the brilliant fireworks displays that traditionally light up the night on the Fourth of July and on Thursdays in July and August have all been canceled this year. 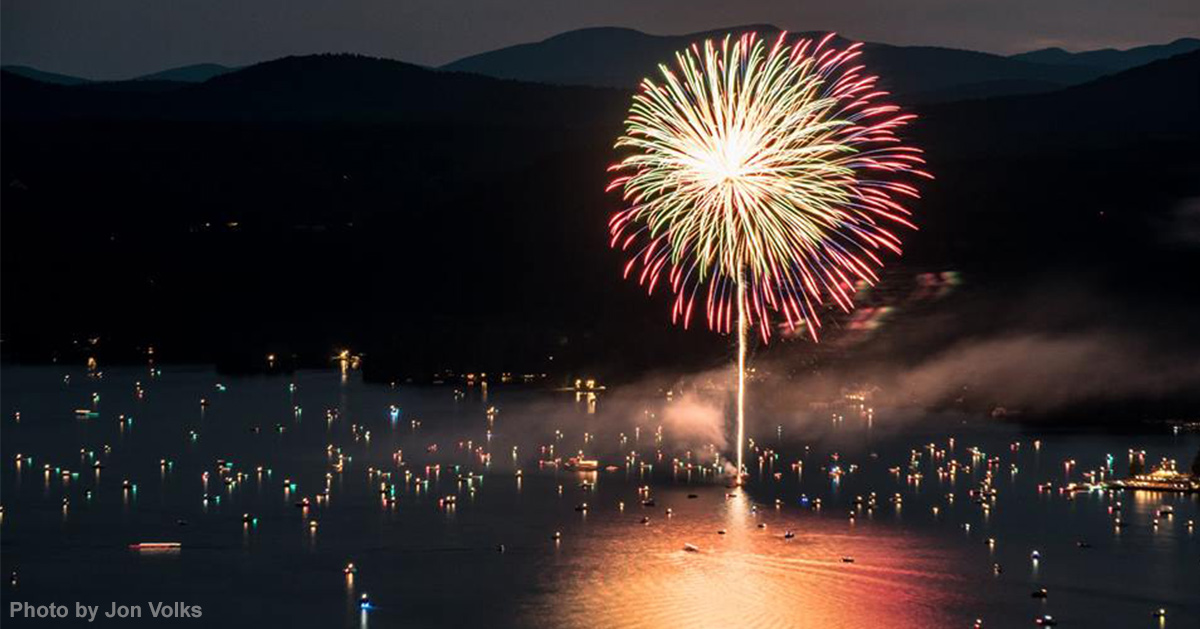 The biggest factor behind the Village’s difficult decision was concern over how to properly enforce social distancing to prevent further spread of COVID-19. As The Post-Star noted in a recent article, Albany and Saratoga Springs have already canceled their Independence Day events, so people from around the region would likely flock to Lake George if it was still hosting a fireworks display.

For those looking for another way to celebrate the 4th, Ticonderoga’s Best 4th In The North celebration is still tentatively scheduled. In a Facebook post, Best 4th In The North organizers wrote, “There will not be a carnival in the park but we are working on a traveling parade, other special events, and the possibility of fireworks (with very specific guidelines and restrictions).” Organizers made it very clear that nothing is official yet.

Additionally, West Mountain plans to start selling tickets for their Fire on the Mountain Summer Edition that’s scheduled to take place on July 3rd. If the event goes on as planned, it will include live music, fireworks, and chairlift rides. If any factor forces West to postpone the event, it will be re-scheduled or changed to a drive-in event at some point before the end of October.

In need of some good news? Million Dollar Beach is expanding to daily hours this week >>