The end of August has arrived, but there are still a ton of spectacular summer events happening this season in Lake George. Attend the Minne Rock the Dock, the Washington County Fair, or one of the region’s many other events. 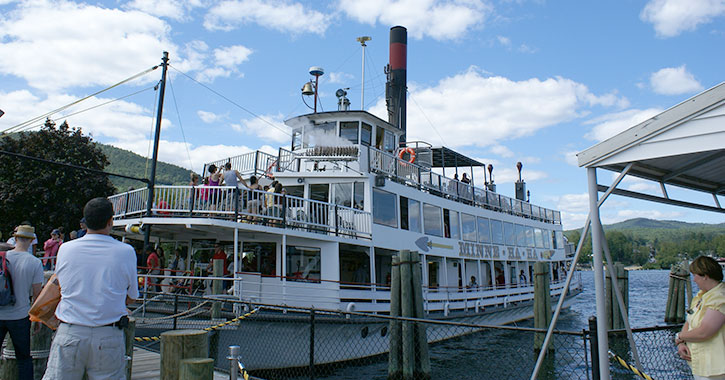 Listen to music and party all night long at the next Minne Rock the Dock hosted by the Lake George Steamboat Company. Guests will enjoy a 1.5 hour cruise with music on board the Minne Ha Ha followed by 1.5 hours of live music back on land at the Steel Pier. This Saturday’s Minne Rock the Dock will feature DJ Susie Q with Bobby Dick.

Fridays at the Lake: Soul Session with Yellowdog – Friday, August 24

Head to the Shepard Park Amphitheater in Lake George Village on Friday for a free live concert with Soul Session and Yellowdog from 6:00pm-9:30pm. The music event will also include a beer and wine garden and children’s activities.

We’ve reached the penultimate week of The Lake Theatre’s summer production of Jerry Finnegan’s Sister at the Holiday Inn Resort. Haven’t seen this hilarious play yet? Be sure to buy your tickets for dinner and a show before the production concludes next week!

Will Kempe’s Players will present a fantastic performance of Shakespeare’s play Twelfth Night at the Shepard Park Amphitheater on Saturday at 3:00pm. There will be a suggested donation of $20.

Have Fun at These Top Shows & Festivities

During the annual Lake George Antique & Classic Boat Show Rendezvous, multiple boats will be on display at the Lake George Village docks. Food and ice cream vendors will be on-site, and participating boaters will enjoy events on both Friday and Saturday.

Explore over 1,800 exhibitors, daily free shows and entertainment, carnival rides, food vendors, and more at the 2018 Washington County Fair in Greenwich. The fair will run from today through Sunday, so plan a trip with the family!

If you’re a Star Trek fan, then one of the can’t-miss events of the summer is the annual Trekonderoga at the northern end of Lake George in Ticonderoga. This year’s convention will feature special guest Karl Urban, set tours, presentations and workshops, a cosplay contest, and more.

Experience the region’s most extreme activities and attractions >>