Did you know our favorite lake has been getting significantly saltier as the years go by? The towns of Lake George, Bolton, and Queensbury, along with the village of Lake George, will be trying a different tactic this winter season when it comes to salting the roads in order to inhibit salt contamination. 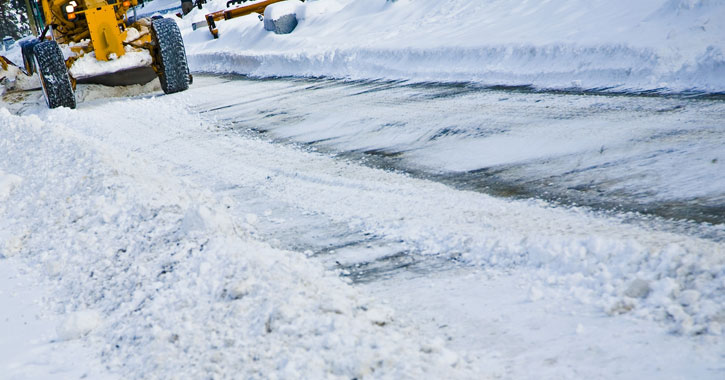 A New Way to Salt the Roads

David Wick, Executive Director of the Lake George Park Commission, has announced that Lake George and surrounding areas will be experimenting with using a brine solution of road salt and water this winter.

The brine is actually applied to the roads before the snow comes, in order to combat the formation of ice. With reduced ice formation, less salt will need to be used after the storm.

However, brine is only one way Lake George is looking to deal with the road-salt contamination problem, the mayor of Lake George has indicated.

“I think all the governments in the North Country know now that they’ve got to look at their budgets, look at their equipment, the trucks, the tools they have, and we’ve got to start to work together to cut back [on road salt] before it’s too late,” Mayor Bob Blais told Adirondack Explorer.

Other possible ways to halt the salt contamination could be the use of calibrated spreaders on the back of Department of Public Works (DPW) trucks and the use of road temperature sensors to help properly apply the salt.

Why Too Much Road Salt is Bad

Research has shown that Lake George – the lake – is getting saltier throughout the decades. Specifically, the amount of salt in the lake has tripled between 1980 and 2009.

Road salt is toxic to plants, fish, and other aquatic organisms. Interestingly, at the same time, it can be favorable to invasive species we deal with in the lake like Asian clams and zebra mussels; when the road salt gets into the soil it can cause calcium to leach into the waters, which these species thrive off of.

Furthermore, salt in drinking water can also lead to health problems, and Lake George is a source of drinking water for some communities around the lake. Wells can also become contaminated.

According to the Lake George Association, before there was road salt there was sand. Sand would need to be swept off the roads and picked up if possible, which meant it didn’t make its way into the waterways.

What You Can Do to Help

By shoveling early and often you can reduce the need for salt around your property. You can also shovel unsalted snow to lower areas of your property or onto lawns to direct the melting snow away from paved areas.

Stay safe this winter by avoiding frostbite and hypothermia >>