Have you ever been to a Lake Theatre show in Lake George? If not, this is the year to go!

In honor of its 50th season, the theater company will present a pair of hysterical comedies: Last of the Red Hot Loves and The Great Kooshog Lake Hollis McCauley Fishing Derby. 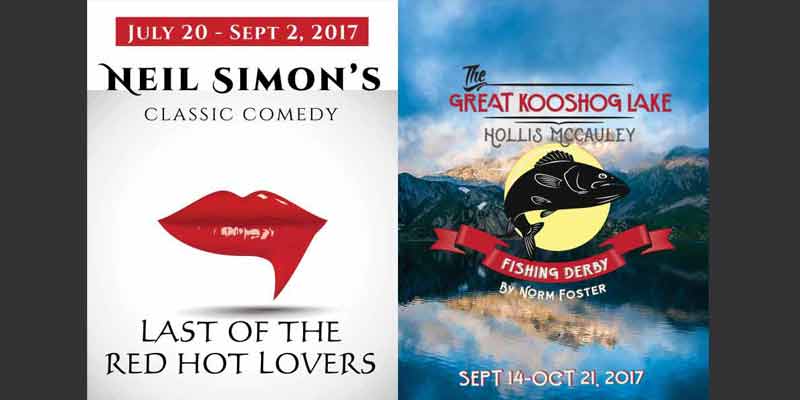 Last of the Red Hot Lovers

Middle-aged and married Barney Cashman is determined to join the sexual revolution before it’s too late! With no experience in adultery, he fails miserably at three different seductions. This play was first staged in Lake George in 1972.

This new comedy is written by Norm Foster, who has been called the “Canadian Neil Simon.” Arrogant businessman James Bell’s car breaks down in Lake Kooshog, effectively stranding him in this sleepy town during their annual fishing derby. James is invited to take part in the derby while he waits for a fuel pump for his car, and he finds he has more to learn from the folks of Lake Kooshog than just fishing.

Tickets for the dinner and show are $69 (including tax and tip), and show-only tickets are $40.

Save money by purchasing your tickets early – buy before June 30th and dinner-and-show tickets are $60 ($55 if purchased in blocks of four or more).

Find out how to buy tickets and more information from The Lake Theatre.

Check out more things to do in Lake George >>