We all dream of building castles in the air, but for over 30 years, one local man has turned that fantasy into a reality and constructed an actual stone castle overlooking Lake George in Bolton Landing, NY. What started as a promise for his three-year-old son is a dream come true, and now the owner, John Lavender, is ready to part with it for another family to enjoy. 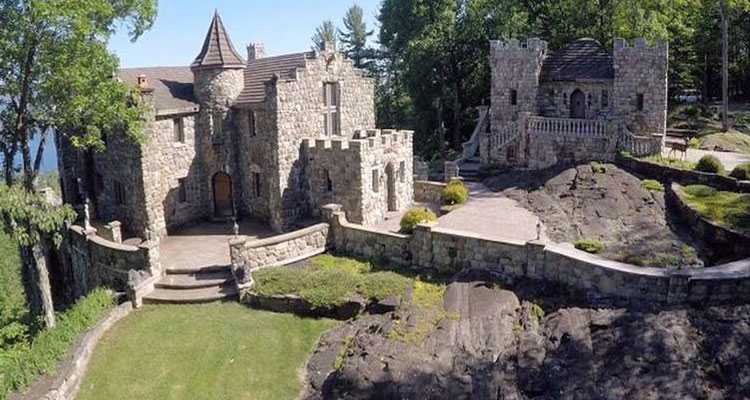 Named Highlands Castle, it is one of the most unique sights along the shores of Lake George. Inspired by medieval castles, the impressive structure was built by John Lavender with help from his son, Jason Lavender, as he grew older.

According to the Daily Mail, when divorced father John Lavender was living with his three-year-old son in a house with five other men, he promised Jason he would build him a castle on a whim. That was in 1978, and since then, Lavender has worked to make that dream a reality.

He began by collecting pieces of Gothic-style furniture and decor even before he had a location picked out. Eventually, in 1982, he found the perfect spot in Bolton Landing, NY on Lake George. Lavender bought the land and would spend the next 30+ years building the castle for his son.

Highlands Castle was built in stages as Lavender spent months at a time working on it piece by piece. Construction would cost thousands of dollars, but Lavender was committed to seeing the project completed.

As described by 6sqft, Highlands Castle was made out of over 800 tons of stone, and a 2,000 foot driveway leads up to it. When you step inside, you’ll discover everything from stained glass and gothic-arched doors to a great hall, a hidden stairway, and a two-story tower sitting area. The property even has a carriage house that operates as a guest home. 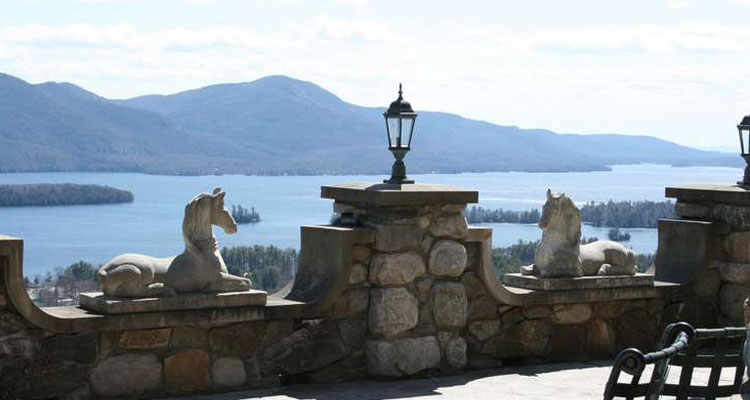 After the castle was finished, John and his son Jason decided to rent it out to guests so other families would be able to experience living in a fairytale castle on Lake George. In recent years, Highlands Castle has been used for getaways, honeymoons, weddings, and other special occasions.

Now that Jason is older with his own family, John Lavender believes it is time to sell the castle. The original asking price was $14.8 million, but that has recently been reduced by roughly $2 million. In addition to the cost, Lavender would like to see the castle sold to a buyer who can appreciate it as a family home.

Are you the next owner of Highlands Castle?