While many of us hoped Rachael Ray would be able to host her annual hometown show in Lake George this spring, due to scheduling conflicts, the event has been canceled for this year. However, you won’t have to wait too long for the next show, because Ray is committed to returning next year. 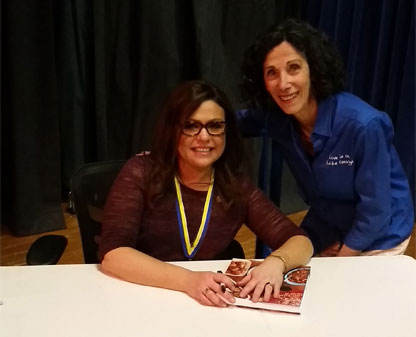 Rachael Ray has hosted her hometown cooking show over the past 14 years to help raise funds for Lake George High School. Some of the highlights include a cooking show Q&A, a book signing, and a photo op. The show is one of the school’s biggest fundraisers, and last year, it raised $17,000.

According to the Sun Community News, the show has raised about $200,000 total for the school. The combination of ticket and cookbook sales has helped the school fund multi-year scholarships and purchase computers, iPads, and smartboards.

For this year, the Lake George Alumni Association, the show’s sponsor, had set a tentative date of April 7, 2017. Unfortunately, Ray has a scheduled appearance on the west coast that day and will not be able to come to Lake George for her hometown show.

There is good news! Although the show has been canceled for this year, Ray is expected to return in spring 2018. By then, she will also have a new cookbook published. Ray typically donates copies of her latest cookbook to the school to sell and raise funds at the show.

An official date for next year’s show has yet to be decided, but you can look forward to the return of this popular fundraiser.