The area’s newest Stewart’s Shops location, opening on July 20th on the Million Dollar Half Mile stretch of Route 9, is expected to feature a large selection of “grab-and-go” foods – more than the typical Stewart’s. 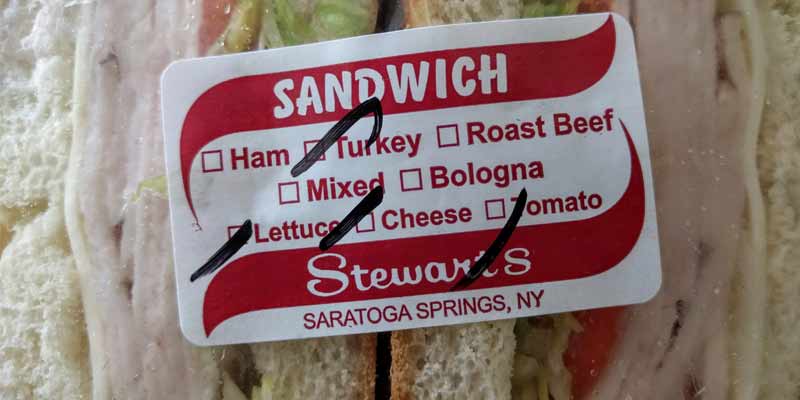 The reasoning behind the grab-and-go selection appears to be all the shopping opportunities along the Million Dollar Half Mile.

“We expect people to be stopping in during their outings and shopping,” Maria D’Amelia, spokesperson for the company, told The Post Star. “We will have fresh-made pizza there, that we make right at the shop. . .and we will have fresh, made-to-order subs, along with all the other Stewart’s offerings.”

The pizza will be made in a “turbo oven” in under five minutes, not including the preparation time.

This Stewart’s will be keeping normal hours all year long, despite being in an area that has more of a seasonal feel, with visitors frequenting the nearby outlets during the summer months.

“We have that circumstance in a lot of locations, including the stores in the Adirondacks and around other lake communities, so it’s pretty typical of us to maintain standard hours,” D’Amelia told The Post Star.

Part-time openings are still available at the new store; full-time positions have been filled by current Stewart’s employees who are being transferred from other locations.

There will be a grand opening celebration with special prizes and giveaways on August 3rd.