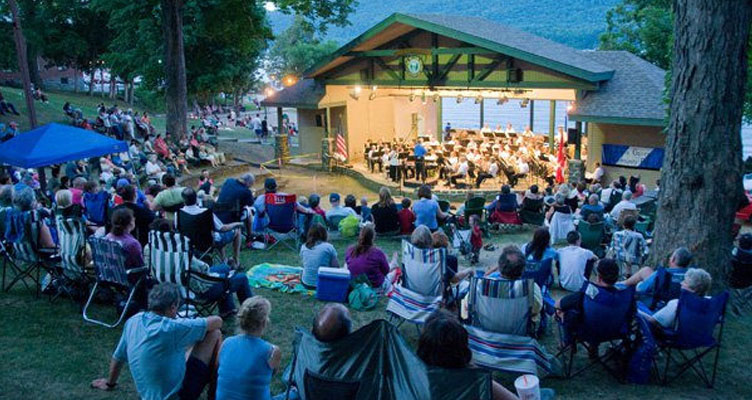 The Community Band Festival will feature bands from the Northeastern U.S. as well as Canada. A wide range of genres and music selections will be covered, including jazz, motion picture themes, TV and Broadway show tunes, patriotic marches, and so much more.

While the Lake George Community Band’s weekly Thursday performance will still go on, the festival will officially begin Friday night, July 15. There will be three jazz bands, with the first starting at 5:30PM.

In order of appearance:

On Saturday, July 16, the festival will begin earlier with opening remarks at 10:45AM. Bands will take the stage starting at 11:00AM, and a new group will perform every hour. A short break will occur from 5:00PM-5:30PM. Following that, more bands will perform throughout the night.

In order of appearance:

Near the end of the evening, don’t miss a special combined performance by the Lake George Community Band and the Honeoye Falls Community Concert Band. The two bands will share the stage and perform Tchaikovsky’s 1812 Overture; the performance will be accompanied by cannon sounds.