Last November, Governor Andrew Cuomo signed legislation to allow the sale of sparklers and small fireworks in counties that decided to opt-in. Warren County was one of those that chose to participate – and most people, as did we, thought it would add a little bit of welcome sizzle to Fourth of July and New Year’s festivities. 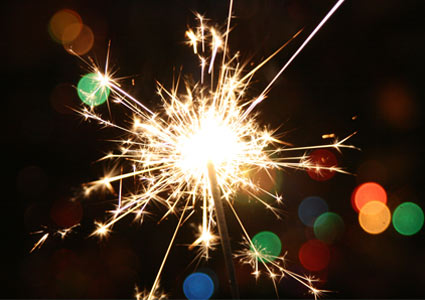 Unfortunately, the use of small fireworks in a lakeside resort community, complete with horse-drawn carriages, proved to be annoying to some and a little bit dangerous to others, resulting in Lake George Village receiving complaints from both visitors and residents alike.

Even though these sparklers and fireworks are sold only between June 1
and July 5 and December 5 and January 2 (for the 4th of July and New
Year’s, respectively), many people stocked up and used them for a longer
period of time than anticipated.

Lake George Mayor Robert Blais and Supervisor Dennis Dickinson expressed
their concerns at a Warren County supervisors meeting last week. According to The Post Star, after some discussion the county’s Legislative & Rules Committee “decided not to propose any revocation of or changes to the law.”

Enforcement will be tightened on the use of illegal fireworks purchased out of state, and transient merchant laws will help control “temporary tents” selling fireworks that seemed to pop up everywhere. Orange County, which also had some issues with the new legislation, “has asked for more safety seminars,” The Post Star reports, which could also be an option for Warren County in the future.

It was also reported that representatives of vendors TNT Fireworks and Phantom Fireworks stated that improvements could be, and will be, made.

What do you think about the new fireworks legislation? Are you in support of it, or would you like it to be repealed or altered?
Sources: