Lake George has a storied history as being the site of battles and encampments during the French and Indian War. Last year, students from SUNY Adirondack’s archaeology field school, led by professor David Starbuck, excavated thousands of Colonial-era items from Lake George Battlefield State Park, located on the southern end of Lake George. The team will be returning again this summer to see if they can identify exactly where the 1755 Battle of Lake George took place. 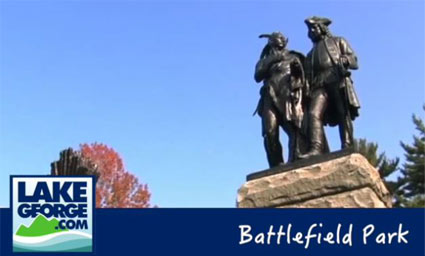 Starbuck, who is also a professor at Plymouth State College in New Hampshire, says he has ideas of where the battle took place, and is hopeful he can obtain the necessary permissions from the State Museum to dig in those areas, according to The Post Star. He identifies an open stretch in the center of the park, an entrenched camp, and an intact lime kiln as being the primary areas of interest.

There has recently been a new emphasis on research and public education about Lake George’s historic sites, and Starbuck credits the support and commitment of SUNY Adirondack for enabling these types of projects to happen in the region.
Students are able to participate in the digs from July 6 through August 14 for SUNY Adirondack course credit. If you are interested in joining one of the three two-week sessions, you may contact SUNY Adirondack’s Eisenhart Hall faculty secretaries at 518-743-2258.
Sources:
The Post Star
NCPR