The mandatory boat inspection program launched in Lake George last year has already demonstrated success. In fact, it has done so well in protecting the Lake against invasive species, that a similar program is being launched this summer to protect other bodies of water in the Adirondacks. 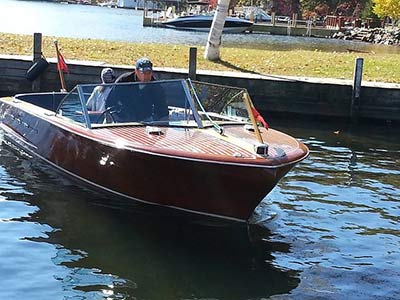 More than 53 state agencies, local governments, property owners
and lake associations have agreed to work together as one to develop an Adirondack prevention plan to stop invasive species from entering nearby
bodies of water. Officials say this unified agreement to take action is a key step towards preserving the region’s lakes and rivers.This regional initiative would build on what is widely regarded as a successful boat inspection and decontamination program that started last year in Lake George.

The plan will include boater education on invasive species and their effects on waterways, as well as boat inspections and decontamination of boats and trailers entering all Adirondack waters in the program. It also includes purchasing and installing 30 boat decontamination stations throughout the Adirondacks.

Lake George officials reported that out of 20,000 boats more than 1,200 were decontaminated because they showed signs of harboring invasive species. It’s important to keep in mind, every boat counts. Lake George’s precautionary efforts have been marked a huge success when it comes to keeping invasive species at bay.

What are some of the threats associated with invasive species? For one, water quality and clarity are directly threatened. Also, once an invasive species has established itself, the management efforts are both difficult and extremely costly.

A study commissioned by the Adirondack Park Invasive Plant Program found that if eight new invasive species found their way into Adirondack bodies of water, it would cost up to $900 million in losses due to decline in tourism, property values, agriculture and forest production values.
Following in the footsteps of Lake George, this Adirondack initiative is sure to be a success.
Learn more about how you can keep your boat clean, as well as where you can get your boat inspected here.
Sources: