The Adirondack Pub & Brewery in the village of Lake George is undergoing an expansion to step-up their capacity for another season of brewing. The Pub (and the Brewery) are located on Canada Street across from historic Fort William Henry.

That means more of that Bear Naked Ale, Beaver Tail Brown Ale, and my personal favorite, the Dirty Blonde Ale will be hitting the shelves this summer!

Adirondack Pub & Brewery recently signed with DeCrescente Distributing Co., and currently sell their product in all 11 counties that DeCrescente serves. You can find ADK brews as far south as Albany, west to Cobleskill, and as far north as North Creek!

Want to see what they are expanding and how it will help? Read on.. 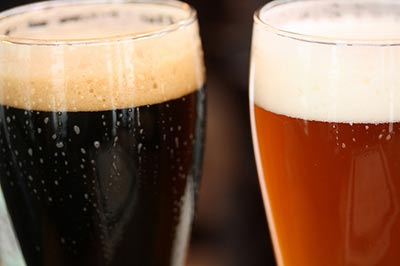 Last year the brewery produced about 2,000 barrels of beer, which equals about 4,000 half kegs. Adirondack Brewery is currently bottling all of their own beer about 1/2 mile up Canada Street in the bottling hall. With distribution starting to really take off, they needed to step-up their game a little. 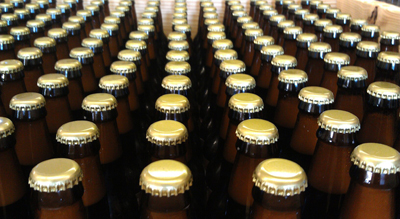 I spoke with the Pub’s Marketing & Sales Manager, Laura Stevens about the expansion.

“With five additional fermentors and bright tanks in the new brewery, we’ll be able to produce 8,000 barrels of beer per year. We’ll also be moving our bottling hall to the new brewery, and should be ready to go by the middle of May!”

Adirondack Pub & Brewery are shooting to produce 3,500 barrels of beer this year, with plenty of space to increase production if need be. 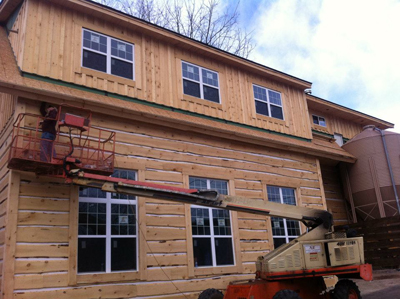 Adirondack’s Dirty Blonde Ale was voted 3rd Best Beer in the State a couple years ago at Tap New York, the same year that Adirondack was voted the Best NY Brewery! The ADK team is heading down to Hunter Mountain again next week to try to reclaim their title.
The brewery will be holding more tours this season, and a set schedule will be released soon. If you’ve never been inside this place, you should really check it out!
The Pub is currently opened for Dinner on Thursdays, and open all day Friday, Saturday, and Sunday. They will officially open for the season (7 days a week) on Memorial Day Weekend.
If you’re looking to try some of their beer before the end of May, stop in and fill up a growler! Or catch them at one of several upcoming craft beer events: Tap NY at Hunter Mountain April 28-29,  North Creek Beer Fest on the Hudson June 2, and Saratoga Brewfest June 16. You could always head to the nearest Price Chopper, Hannaford, or beverage center and grab a six-pack!
All Photos Courtesy of the Adirondack Pub & Brewery