Fourth of July is great for many reasons: you get the day off work, you don’t feel guilty after eating four cheeseburgers and drinking a six-pack of American-themed Budweisers by yourself, and everyone encourages you to set off illegal fireworks without reading the instructions. But as great as being a socially-affirmed pyromaniac for a day is, that isn’t my favorite part of the weekend.

As a broke 22-year-old who lives at home, I particularly enjoy that seemingly every retail store sells their merchandise at 50% off during Fourth of July weekend. So Saturday morning I rolled out of bed, dusted the apple pie crumbs and gunpowder off of me, and headed to the Lake George Outlets.

Of course my first stop was Ralph Lauren: the American Eagle for people with a college degree. Upon entering, I overheard one woman complaining that there weren’t any brimmed hats for her to wear to the Saratoga Race Track when it opens in a few weeks. This comment led to my realization that Opening Day is July 18th this year! 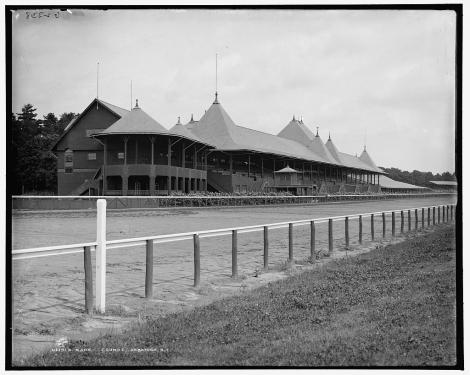 An hour’s time, and $400 in seersucker apparel later, I left the store feeling like I belonged in the Grandstands. But I still needed to learn more about the history of the oldest sporting venue in the United States, before going there to begin my path towards a gambling addiction.

Through my extremely strenuous research using Wikipedia and Google, I discovered that the Saratoga Racetrack is also known as “The Graveyard of Champions.” Today, I will share with everyone the stories behind the 3 races that gave rise to this inauspcious nickname. Here they are:

In 1919 at the Sanford Memorial Stakes, Man o’ War was defeated by a horse named Upset. This event was cited for many decades as the event that coined the term “upset” in sports and politics, but this legend has been debunked in the age of internet databases. However, it can probably be assumed that Upset’s victory did propel the term into mainstream use; similar to what Miley Cyrus’ grind-sesh with Robin Thicke did for “twerking.”

Despite his loss, Man o’ War would go on to win 20 out of his 21 races and be named as the greatest thoroughbred of all time. He is also the grandfather of Seabiscuit-  that subject of that horse movie where Toby McGuire has horrifying red hair (see below) 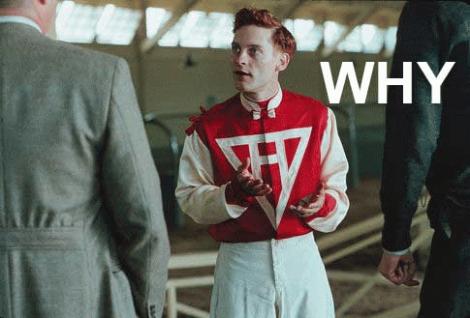 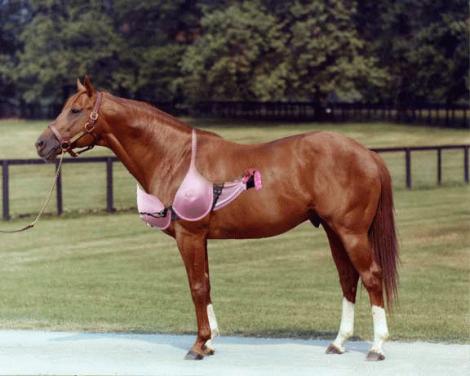 In June of 1973, Secretariat won the Triple Crown at the Belmont Stakes. Just A few weeks later, Secretariat would travel to Saratoga Racetrack and lose to a horse named Onion. His loss has been blamed on a virus that caused more than his legs to run on the day of the race. 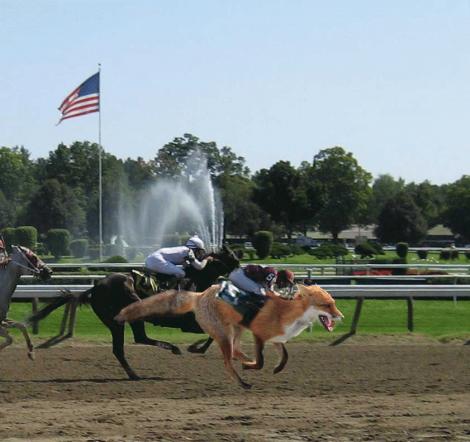 The second Triple Crown winner in history, Gallant Fox, was the king of the track in 1929 and 1930. However, he too, would fall at Saratoga.

At the Travers Stakes in 1930, a 100-1 underdog was able to defeat the hugely-favored Gallant Fox. This underdog’s name was Jim Dandy; disappointingly he has no relation to Yankee Doodle. This race’s legacy lives on in Saratoga with the annual Jim Dandy Stakes.

So what did I learn about the track that could help me for this coming season? Well, they say that history repeats itself, and it certainly seems that history favors the underdogs at the track. So next Friday when the track opens, I’m placing everything on the biggest underdog. That’s called educated guessing my friends… I’ll see you all at the top.