Plan Lake George Fun On LakeGeorge.com!
Find a Business Enter Giveaways Advertise
Home  »  Uncategorized  »  The 3 Ghosts of the Adirondacks #TBT
When figuring out what to write about today, I decided to stay true to my roots. I am a product of the Adirondacks. This fact alone has caused me to have a large number of questions about the rest of the world:
-Does the rest of the world smell like a pine cone, or is that just here?
-Is it cool to wear Crocs with socks on in the city?
-Do other towns have their citizens throw all of their junk out in the street on the same day and call it “The World’s Largest Garage Sale” or is that just Warrensburg?
-Is it normal for a town to have a hockey team go out of business every 5 years but immediately get replaced by a different hockey team that everyone thinks will be around forever?
-Does Stewart’s sell “Mountain Brew” 30 racks of beer for $12 dollars everywhere?
-Does Stewart’s even EXIST anywhere else?
-Is it weird that in order to go to sleep I have to put on the sound of raccoons rummaging through my trashcan? 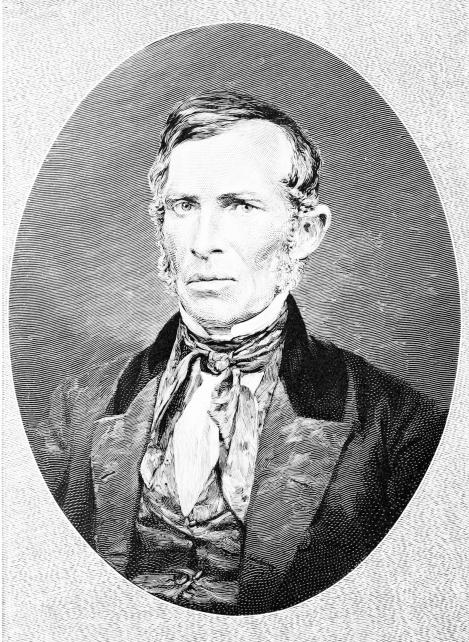 Ebeneezer Emmons is a man who very few would recognize by name. Even fewer would recognize him by picture… perhaps because he’s been dead for over a century and a half. But Ebeneezer is actually a very important man in the Adirondack region’s history.

In short, he was a Massachusetts native, Rensselaer Polytechnic Institute alumni, and geological surveyor for the State of New York. In 1837 he recorded the first climb of Mount Marcy. In 1838 he named the mountains the “Adirondacks”, which derives from the Mohawk word “ratirontaks,” referring to the Algonquins in the area who ate bark from trees when they were going hungry. Ratirontaks’ literal translation is “They eat trees.” I swear to you, I am not making this up. The jury is still out on whether Emmons chose this name as an insult towards the natives of the region, or to simply acknowledge the area’s inhabitants in a Native American first-language…we’d like to assume the latter.

That is the story that they tell you. However, there is another story that very few have ever heard.
While I was researching for this article, I happened to stumble upon an eBook on Ebeneezer Emmons and how the Adirondacks were named. This non-fiction account was deleted from the Amazon bookstore shortly after I discovered it. Luckily, I took pictures of that eBook.
I present to you now the CLEARLY true story of Ebeneezer Emmons: An Adirondack Carol 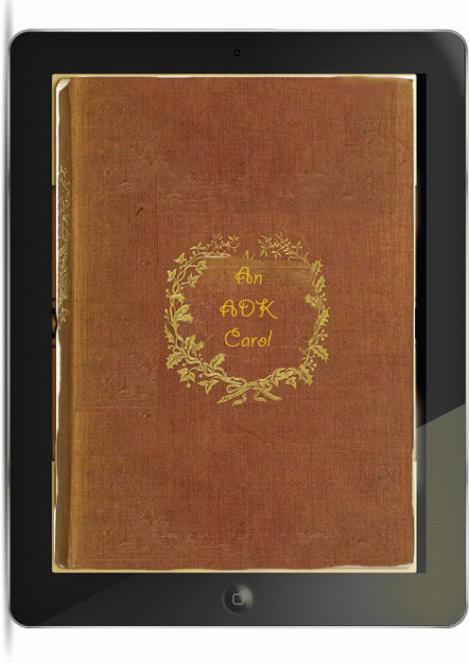 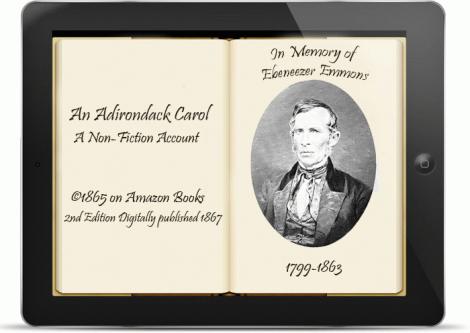 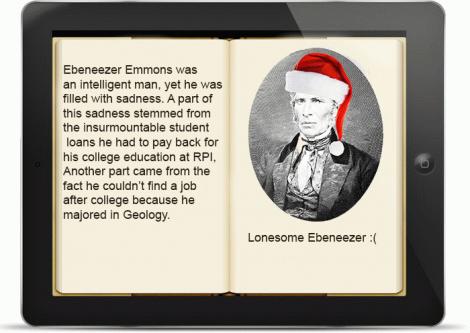 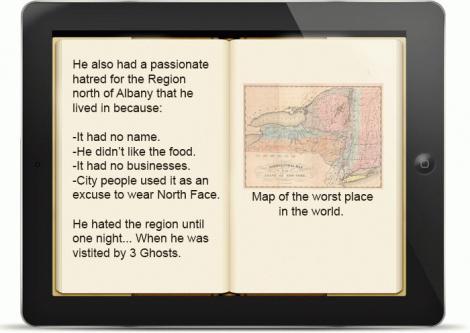 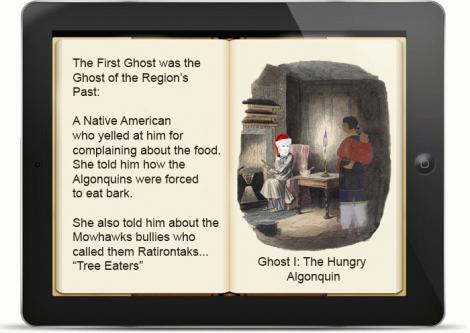 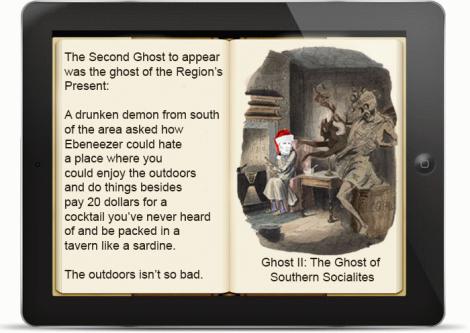 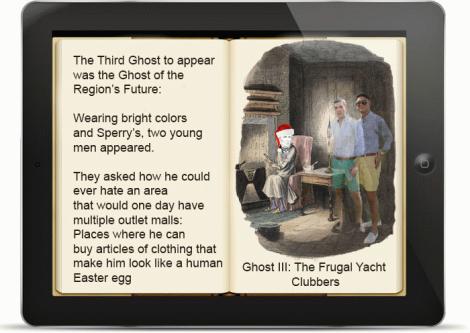 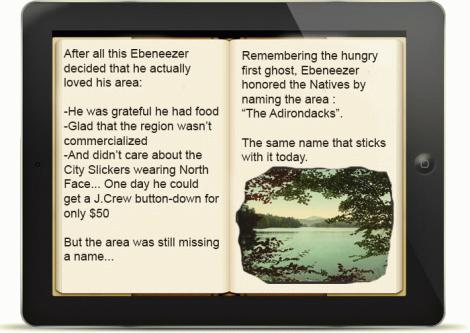 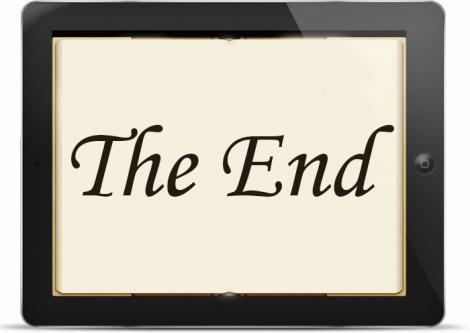