Narrow Island Group vs. "The Narrows"

Do you know the difference? 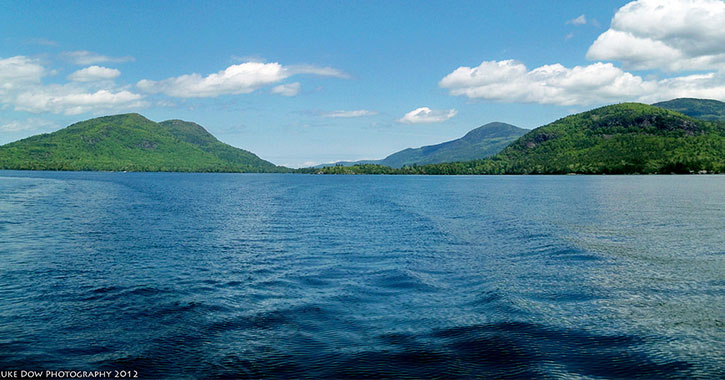 If you're planning a Lake George island camping or boating trip, don't get tripped up by the Narrow Island Group and "The Narrows" on Lake George. Though they have similar names, they are not the same, and they actually refer to two different parts of the lake. Here we'll explain the difference, and you can visualize it on the map below.

This is a small stretch of the central section of the lake north of Bolton on the east side of Tongue Mountain, extending south from Hen and Chickens Island and north to Artists Rock (Round Rock), just north of Red Rock Bay. The ranger station for The Narrows is Glen Island as all islands within The Narrows belong to the Glen Island Group.

Please note the map below is for illustration purposes only and does not accurately depict the specific locations of all of the islands. 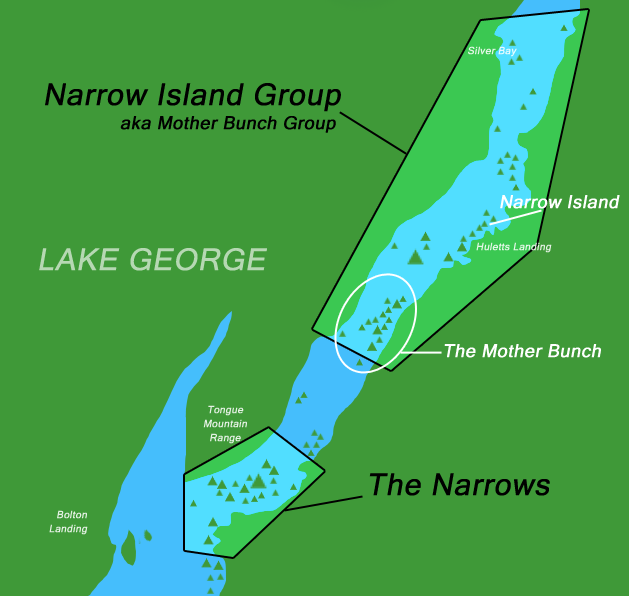 « Back to the Camping Guide