This month a bill on invasive species was introduced in the New York State Legislature by Assemblyman Sweeney. The bill will authorize the 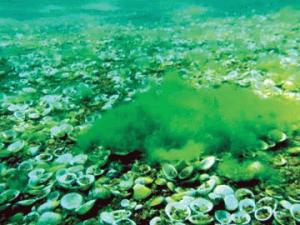 Department of Environmental Conservation (DEC) to establish a list of invasive species that will be prohibited from being sold, transported, and introduced in New York State.

The LGA strongly supports the passage of this bill. Just last week the town of Lake George passed a resolution in support of the bill… we hope other municipalities around the Lake will soon follow suit.

This law would help us prevent the introduction and spread of new invasives. Keeping invasives away to begin with is much less costly than dealing with invasives once they arrive.

As a nation we spend $167 billion each year to address only the economic impact of invasive species. In addition to significant ecological and health impacts, invasive species can prevent access to waterways important for the fishing industry, and can invade forests and farms, resulting in the loss of timber and crops.

Many of our neighboring states throughout New England have already established laws similar to the New York bill just introduced, including Vermont, Connecticut and Massachusetts. It behooves New York State to do the same so that we can work together regionally to help prevent the spread and introduction of invasive species.

The Lake George Association urges you to support this important legislation that will help protect Lake George, New York’s premier waterbody and the Queen of American Lakes. Contact your New York State representatives and voice your support!