Home / Winter / History of Ice on the Lake

Is Lake George Frozen Yet? A History of Ice on the Lake

Wondering if Lake George has frozen over yet? Those who look forward to ice fishing or attending the Lake George Winter Carnival often ask the LakeGeorge.com staff if the lake will be frozen "enough" while they're here.

We were curious if anyone has been keeping a record of when the average date for ice in and out is, and were pleasantly surprised to discover a couple resources. Between the two, we were able to piece together some interesting stats. 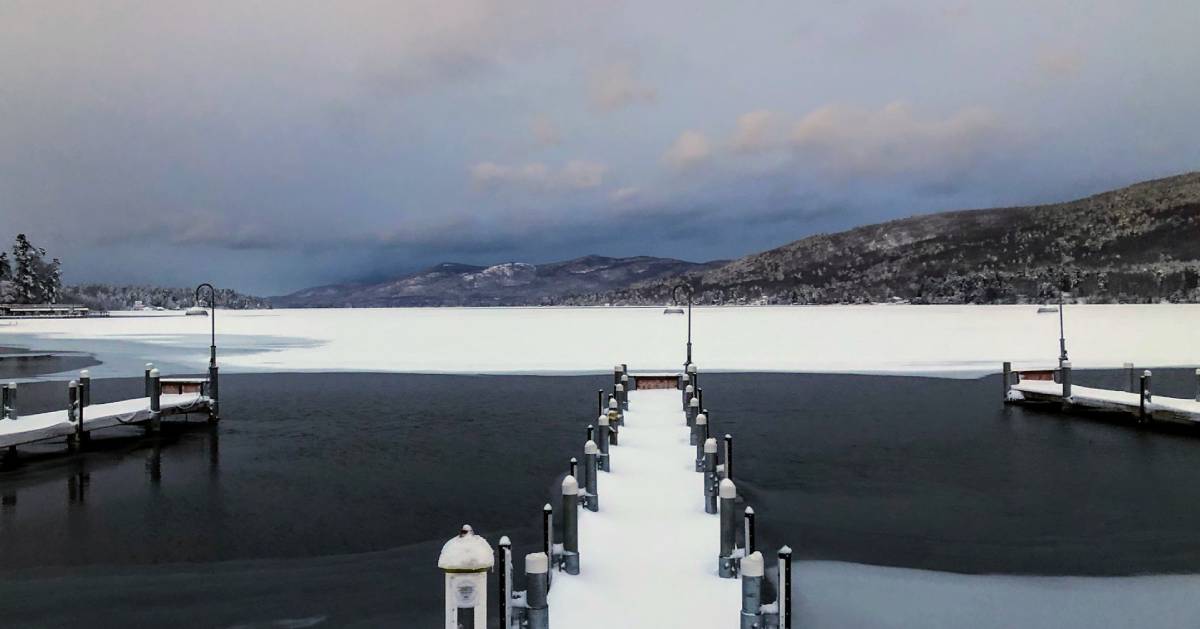 The Warren County Department of Public Works has a record of the freeze over and ice out dates, from winter of 1907 to 1908 up to 2003 to 2004. In addition, the Lake George Association has been keeping a record, and in early 2017 they delved into how often the lake completely freezes and when it typically freezes.

How Often Does the Lake Freeze?

What Month Does the Lake Typically Freeze?

We can also decipher from the County's chart that the ice typically freezes in January and stays frozen through March or even April. The LGA goes a bit further into this, stating that the ice usually freezes over in the second or fourth week of January. Additionally, it's only frozen over in December five times since record keeping began, and 15 times in February.

If There's No Ice, Does The Winter Carnival Go On As Planned?

The lake freezes over about 90% of the time, so your odds for events held on the ice are pretty good. However, when the lake does not freeze, the Winter Carnival adjusts the activities so that they can be enjoyed on land, instead of on the lake's frozen surface, so not a moment of fun is missed.

Brush up on ice safety tips »

« Back to the Winter Guide