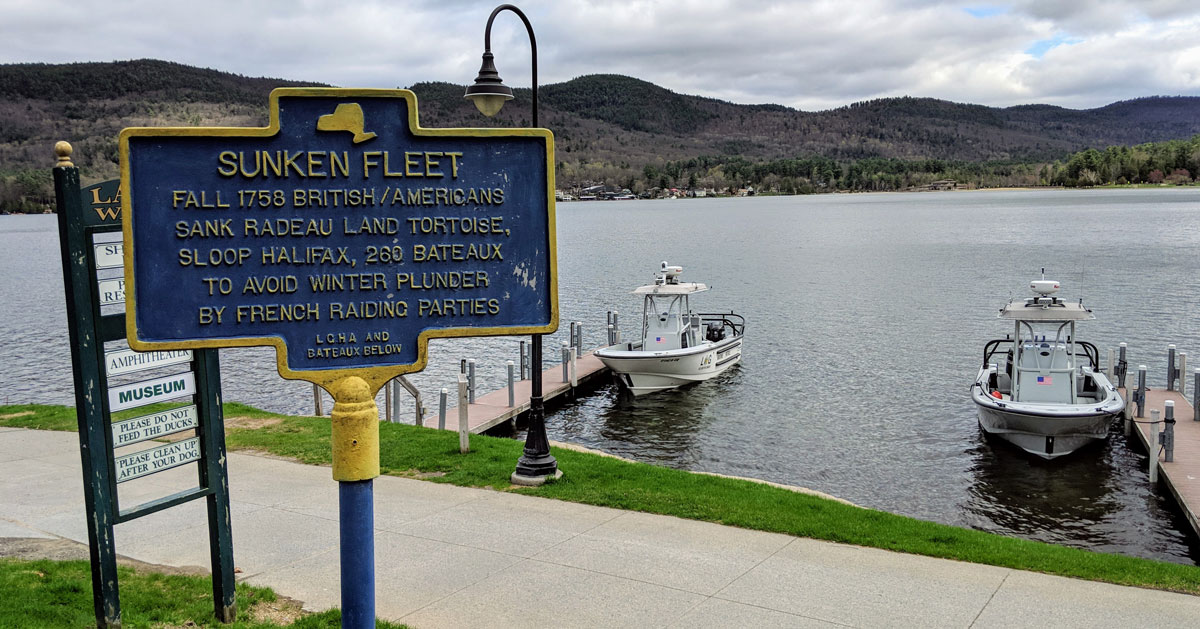 They began the deliberate sinking of much of their fleet in the lake's shallows, placing the warships in a wet or cold storage for the winter. Many of these vessels were retrieved from the lake in 1759 and reused. This was once one of the greatest scuttlings of warships in military history - 260 bateaux were sunk.

These were the utilitarian warcraft of the times. Flat-bottomed, pointed at bow and stern, and some 25 to 35 feet long, many of these bateaux were built in Albany and Schenectady and transported overland to Lake George.

A sloop named the Halifax, with a "51 Fleet Keel," was likewise scuttled in 1758. In 1759, it was raised and reused. Row galleys and whaleboats were also part of the sunken fleet. However, the prize of the sunken fleet was the 52-foot long radeau, Land Tortoise. 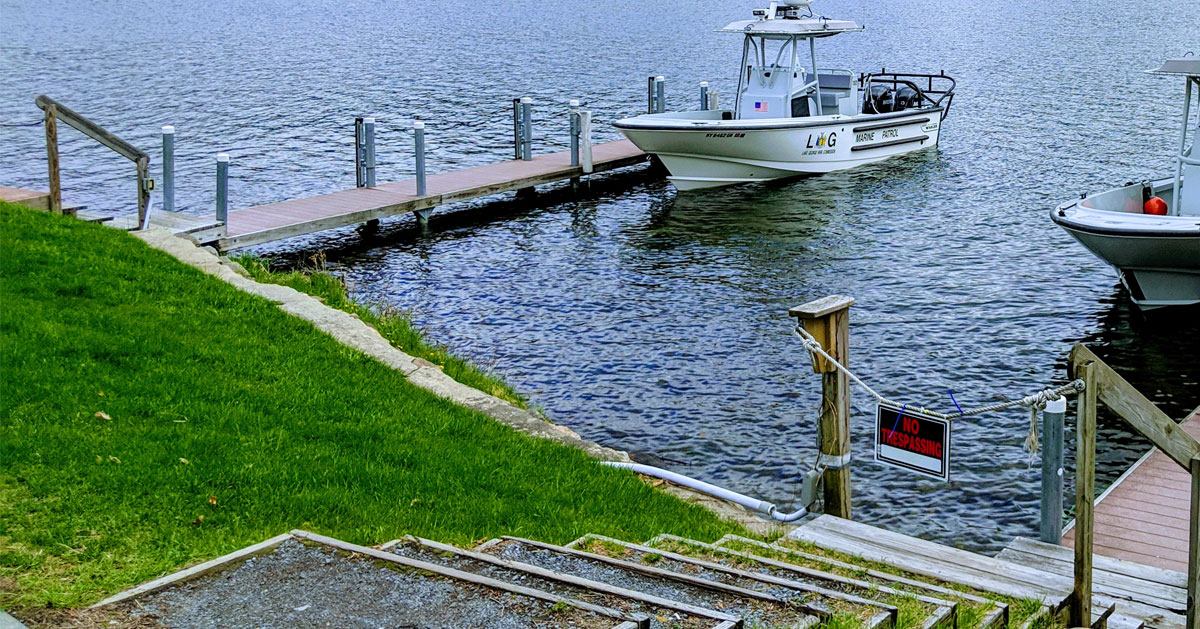 Shoreline today near where the bateaux were sunk

Not recovered in 1759, it was discovered in 1990, and then surveyed by Bateaux Below, Inc. and the Land Tortoise Radeau Survey. This floating gun battery was pierced for seven cannons and is the only radeau-class warship found for archaeologists to study. In a remarkable state of preservation, due in large part to its 107-foot depth, the radeau is "North America's oldest intact warship."

The Sunken Fleet marker was erected in 1993 by the Lake George Historical Association and Bateaux Below, Inc., two local nonprofit educational corporations.