The commander of Fort William Henry during the August 1757 siege was Lieutenant Colonel George Monro of the 35th Regiment of Foot. Monro estimated about 11% of his regiment were captured or killed during and just after this siege. 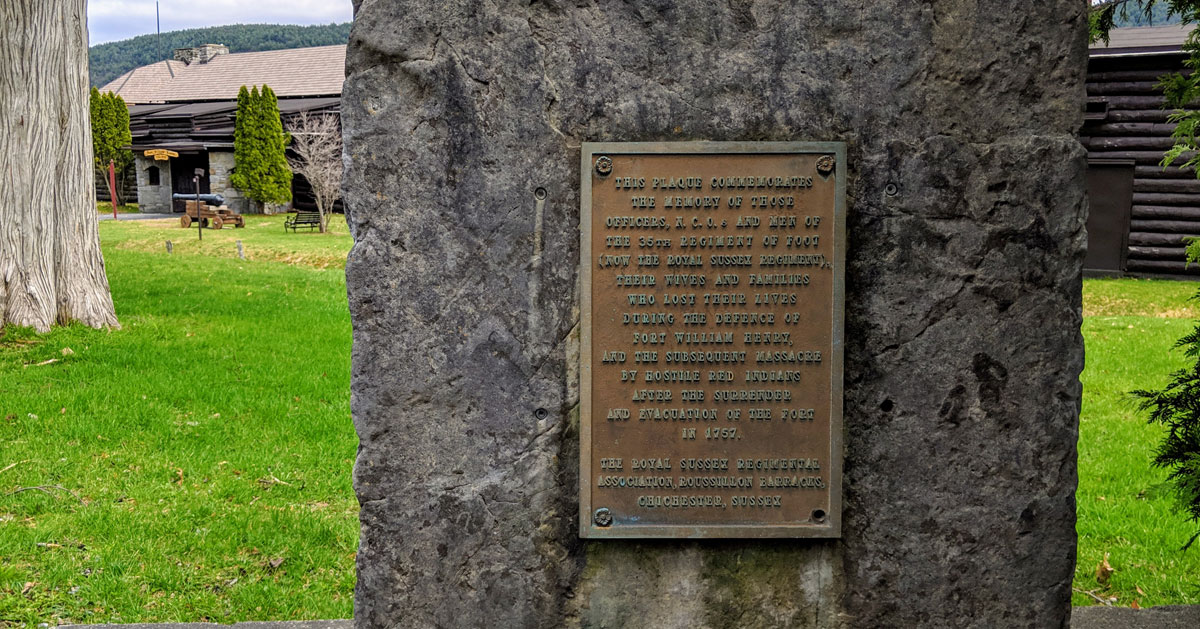 This plaque commemorates the memory of those officers, N.C.O.s, and men of the 35th Regiment of Foot (now the Royal Sussex Regiment), and their wives and families who lost their lives during the defence of Fort William Henry, and the subsequent retreat after the surrender and evacuation of the fort in 1757. You can read more about the siege and surrender of Fort William Henry, here.

Continue the Walking Tour to Stop 19: A Common Stone