During the French and Indian War, British and provincial troops used a dock near this historical marker for loading soldiers, artillery, and supplies. Since much of the area east of Fort William Henry was known as "A Great Swamp," docks helped the British and provincials load and unload their soldiers and provisions. 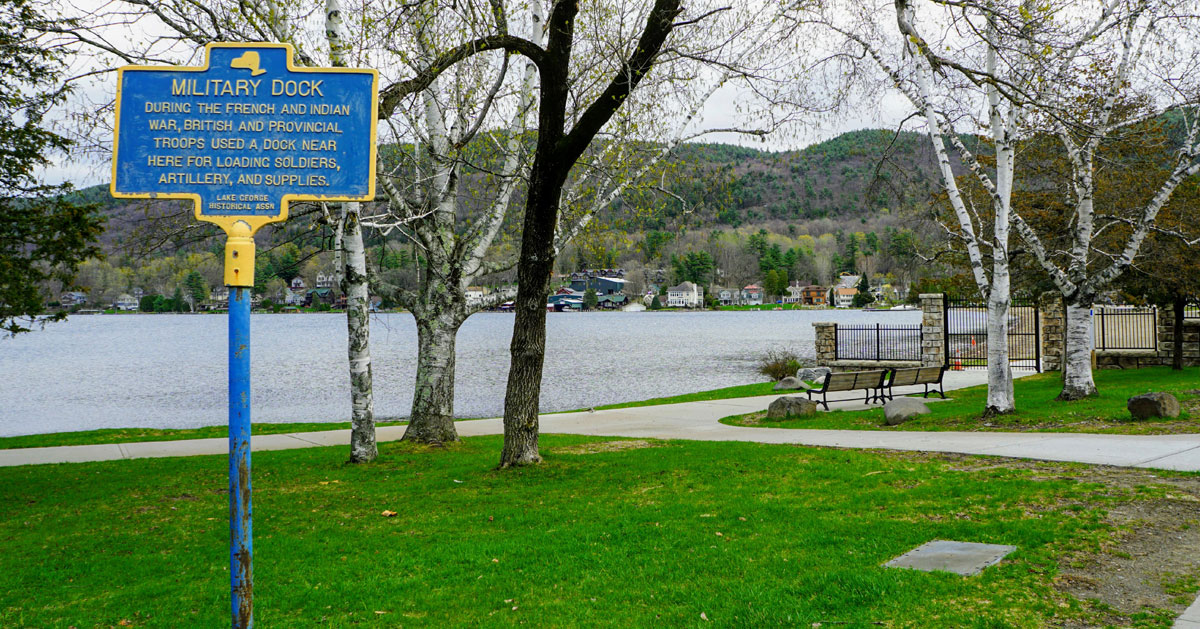 In June 1992, the Lake George Historical Association and Bateaux Below, Inc. erected this historic marker. Historicans suggest at least three colonial docks were present on the south end of Lake George in 1757: one near present-day Shepard Park, one by Fort William Henry, and a third near this marker.