Lake George Village receives a lot of traffic throughout the year, and one of the ongoing issues has been the area’s old sidewalks and streets. Many are in need of repairs and improvements, particularly on the west side of Route 9N. To revitalize the village’s streetscape, local officials have been reviewing plans from landscape architectural firm Saratoga Associates. 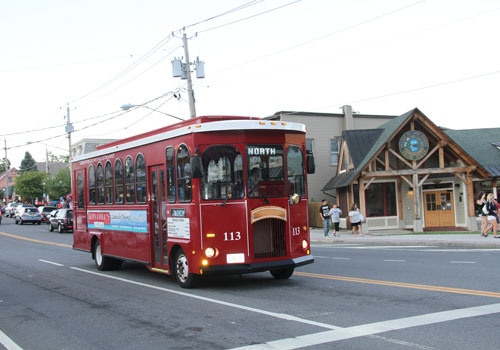 The new streetscape project was revealed during a recent Lake George Village Board meeting, and much of it focused on the west side of Route 9N, from McGillis Avenue to West Brook Road. Some of the other streets included in the project are Mohican Street, Philips Street, and Sewell Street.

According to the Post-Star, the streetscape revitalization will improve sidewalks and make the streets safer for everyone. Landscaping, curbing, permeable brick pavers, pedestrian signals, and the installation of 35 decorative LED light poles will be key parts of the project.

Not only that, but roughly 29 trees and 11 tree pits will be situated in tight locations throughout the three blocks.

Project costs are estimated at $750,000, with a 10% contingency. Lake George Village received $45,000 from the New York State Department of State to begin project planning, and local officials are preparing to apply for a new grant.

In addition to this streetscape revitalization, Lake George Village also plans to work with the Town of Lake George to create a “unity bridge.” This “unity bridge” would be covered and located along Route 9N opposite Charles R. Wood Park.

The cost to build this bridge is estimated at $200,000, but the village and town are both expected to pitch in. Chazen Companies is creating the initial designs of the bridge.

Although there is no timeline for the construction of this “unity bridge,” if Lake George Village receives funding for their streetscape project, then work in that area could begin as early as spring 2018.