The Lake George Arts Project, one of the region’s premier supporters and promoters of the arts, recently made three announcements that caught our attention. Listen up, arts lovers! 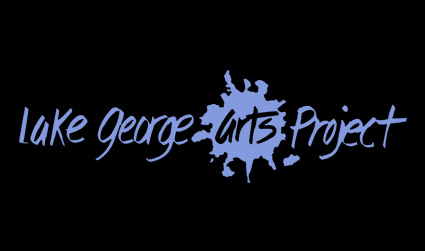 Three Hundred Sixty Five: An Idea and the Reality, a solo exhibition/installation by sculptor Eric Nelson, will open at The Courthouse Gallery on Saturday, January 23. An opening reception will be held from 4:00pm – 6:00pm, and the display will be in place through February 26, 2016.

The exhibition features 365 wooden sculptures each carved from a 2 x 2 x 4 inch mahogany block. Nelson’s original intent was to carve one sculpture per day for a year, but the project wound up taking almost twelve years to complete.

“The sources for the sculptures are derived from invention, ancient, modern, and decorative art (including pottery jewelry, and amulets), plants, animals, geometric structures, and ordinary objects,” Nelson said in a statement. “The first several pieces were feasible to make in one day. As the project progressed, the sculptures became more complex and time consuming. This progression is evident as one views the whole project.”

The Courthouse Gallery’s hours during exhibitions are Tuesday through Friday 12:00pm – 5:00pm, Saturday 12:00pm – 4:00pm, and all other times by appointment. The opening reception on the 23rd is free and open to the public.

The Lake George Arts Project has extended its yearly invitation to regional, national, emerging, and established artists to send exhibition proposals to the Courthouse Gallery. Preference is given to experimental or non-traditional work, and to work created within the last two years.

The postmark deadline for submissions is January 31, and the complete list of proposal guidelines is available on the Lake George Arts Project’s website.

Attention all videographers living within a 100-mile radius of Lake George! The Lake George Arts Project recently announced that the deadline for submissions to the 7th Annual Peoples Pixel Project has been changed to March 1, 2016.

The spring date and location for the film screening have yet to be announced, but original video shorts are currently being accepted.

Those interested in participating in the annual festival should download an entry form and submit all necessary materials by the new deadline. All technical questions should be directed to festival organizers.